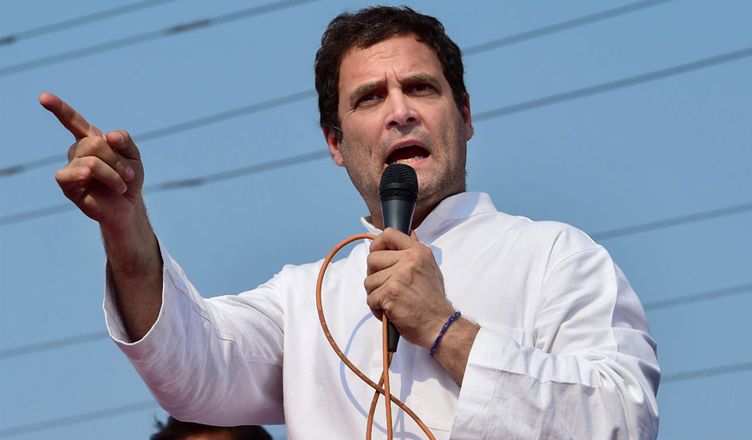 Referring to Union Minister Ananth Kumar Hegde’s “we are here to change the Constitution” remark, Gandhi said that the Congress will not let Rashtriya Swayamsevak Sangh (RSS) fulfill their dream of ruling this country.

Hitting out at the BJP government over corruption, the Congress president said that PM Modi could waive loans of industrialists but not of farmers. “Modi had waived around Rs. 2 trillion of loans taken out by 15 big industrialists but credit was not easily available for small and medium businesses. On the other hand, Modi’s friends took out loans from banks and later escaped from the country,” he said.

Gandhi also accused PM Modi of failing to speak up when mining mafia Reddy Brothers were given tickets by the BJP to contest the upcoming Karnataka assembly elections.

Earlier today, Gandhi reacted to PM Modi making personal comments against him and said that he attracts anger from PM Modi because the latter views him as a threat.

Karnataka will go to polls on May 12. The results of the elections will be announced on May 15.