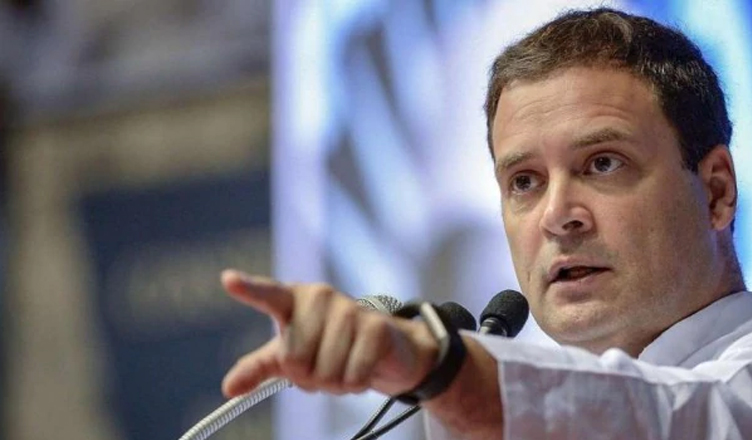 “I strongly condemn the arrest of our J&K PCC Chief, Shri Ghulam Ahmed Mir & spokesperson, Shri Ravinder Sharma in Jammu today. With this unprovoked action against a national political party, the Govt has delivered democracy another body blow. When will this madness end?,” Gandhi wrote on Twitter. 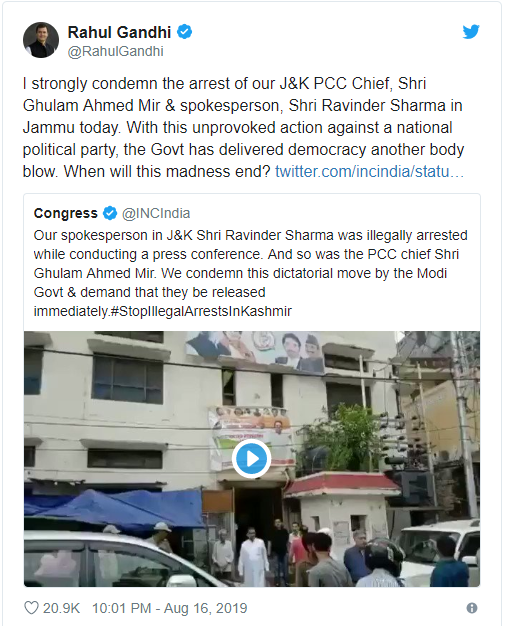 Former MLC and chief spokesperson Ravinder Sharma was detained while he was to address a Press Conference in at Party Headquarters in Jammu. Party President of State Unit Gulam Ahmed Mir has been put under house arrest the same afternoon.

Former J&K CM and LoP Rajya Sabha Gulam Nabi Azad said that Government both at Central and State claim that the situation in valley is completely normal and people all over state are rejoicing the decision to abrogate Article 370 but on the other hand Leaders even from mainstream parties are being house arrested, detained in an unconstitutional manner and prevented from addressing the Press, which clearly shows the double standard of government.