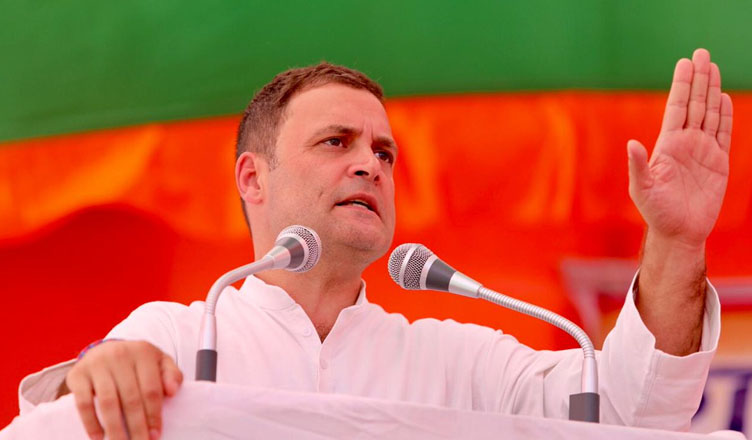 While addressing a gathering in Rajasthan’s Dholpur, Rahul Gandhi said that while a number of schemes were introduced by the UPA during its regime, he cannot see any such achievement made by the BJP in the last 4 and a half years.

“During the Congress regime, there were schemes like MNREGA, Farm loan waiver, food security, mid day meal- it is a long list. BJP is in power for the last 4 & a half years at Centre & 5 years in State. What are BJP’s achievements?” he said.

He further said that while Prime Minister Narendra Modi waived loans worth ₹3 lakh crore of 15-20 corporates, he has failed to red farmers off their debts.

“Farmers are demanding facilities from banks but they’re denied because of debt. Why can’t Narendra Modi waive farm loans when he can waive loans worth ₹3 lakh crore of 15-20 corporates? I have personally appealed to the Prime Minister to waive farm loans. But his response was silence,” he said.

Taking a jibe at PM Modi for calling himself the country’s ‘chowkidar’, Gandhi said the PM was trying to protect only a select few.

“PM Modi claimed he wants to be ‘chowkidar’, but who does he really want to protect? UPA wanted to buy 126 fighter aircraft to strengthen national security, but @narendramodi changed the deal to 36 aircraft. Mr. Modi hiked the price of the aircraft from ₹526Cr/aircraft to ₹1600Cr/aircraft. Anil Ambani who never manufactured a single aircraft in his life was given the deal. He accompanied Mr. Modi to France when the deal was finalised,” he said.

He further said that it was on PM Modi’s insistence that Anil Ambani-owned Reliance Defence was chosen as Dassault’s offset partner in the Rafale deal.

“These are not my words but former French President Hollande’s words,” the Gandhi scion said.

He also claimed that PM Modi destroyed India’s economy with blunders like demonetisation and goods and services tax (GST).