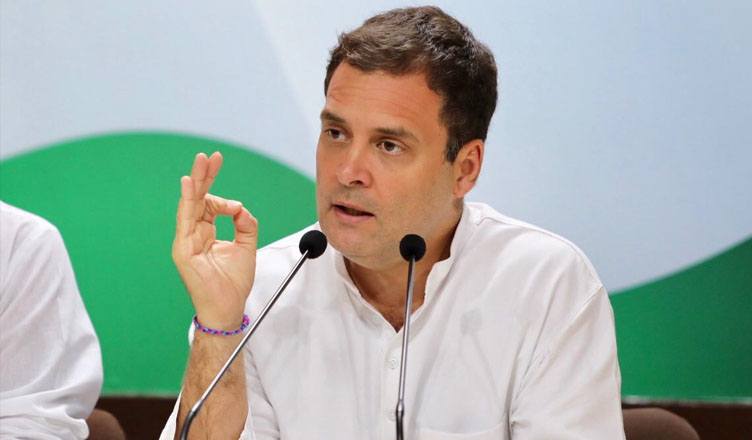 Hitting out at the BJP-led NDA government over the Rafale issue, Congress President Rahul Gandhi on Saturday said that he is convinced Prime Minister Narendra Modi is corrupt and urged him to clarify on the same.

“We are absolutely convinced that PM of India is corrupt.  This question is now clearly settled in the mind of the Indian people that ‘desh ka chowkidaar’ chor hai. I’m trying to help him protect his office. He must clarify,” Gandhi said while addressing a press conference in New Delhi.

Gandhi’s attack comes a day after a French media quoted former French President Francois Hollande as saying that the French Government and had no choice as the Indian Government had suggested Anil Ambani’s Reliance Defence to be chosen as the offset partner for Dassault Aviation in the Rafale deal.

The Congress Chief also demanded a probe into the matter.

“A Joint Parliamentary Committee (JPC) should be formed for the truth to come out,” he said.

Following Hollande’s statement, Ministry of Defence reiterated the Indian Government’s claim of not having any say in the commercial decision.

“The report referring to fmr French president Mr. Hollande’s statement that GOI insisted upon a particular firm as offset partner for the Dassault Aviation in Rafale is being verified. It is reiterated that neither GoI nor French Govt had any say in the commercial decision,” it said in a tweet.