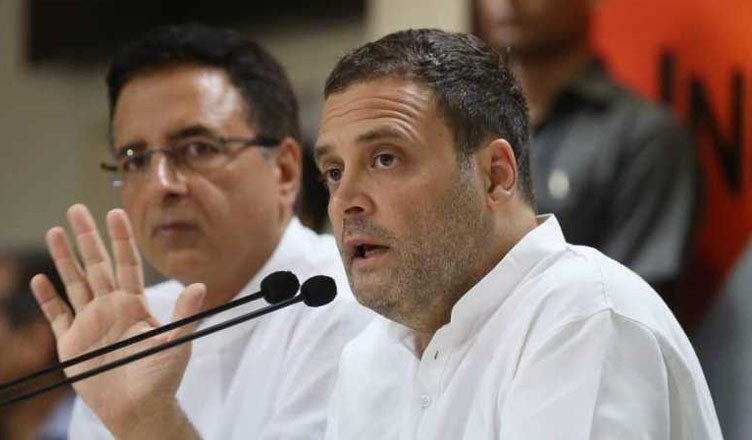 In the wake up of French media portal Mediapart claiming choosing Anil Ambani’s company was a compensation for the purchase of Rafale, Congress President Rahul Gandhi on Thursday said that it was a clear-cut case of corruption against Prime Minister of India.

“Rafale company’s senior executive has clearly stated that choosing Anil Ambani’s company was a compensation for the purchase of Rafale. They have admitted that it was ‘imperative and obligatory’ for Dassault Aviation to accept this compensation in order to obtain Rafale contract. There is a clear-cut case of corruption against PM of India,” Gandhi said while addressing a press conference in the national capital.

Reacting to Dassault’s denial of the same and claiming that Reliance Defence was “freely chosen” as the offset partner, the Gandhi scion said that Dassault will say what the Indian govt wants it to say.

“Dassault is sitting on a huge contract. Dassault will say what the Indian govt wants it to say. Their internal document clearly stated that PM has said without this compensation the deal will not be done,” he said.

Hinting towards the I-T raids made at media baron Raghav Bahl’s residence and his Quint office, Gandhi said that the media that is questioning is being suppressed.

“Youth are are searching for jobs and are our Prime Minister is busy guarding Anil Ambani,” he said.

Giving a fresh twist to the ongoing Rafale deal controversy, French media portal Mediapart has claimed that it is in possession of a document of Dassault Aviation which stated that choosing Anil Ambani-owned Reliance Defence Limited was “imperative and mandatory” to get their hands on the deal.

Segalan described the joint venture as a “contrepartie” to get the contract.

Contrepartie roughly translates to “compensation”, which could be a reference to the selection of Reliance Defence as the offset partner in order to clinch the deal.