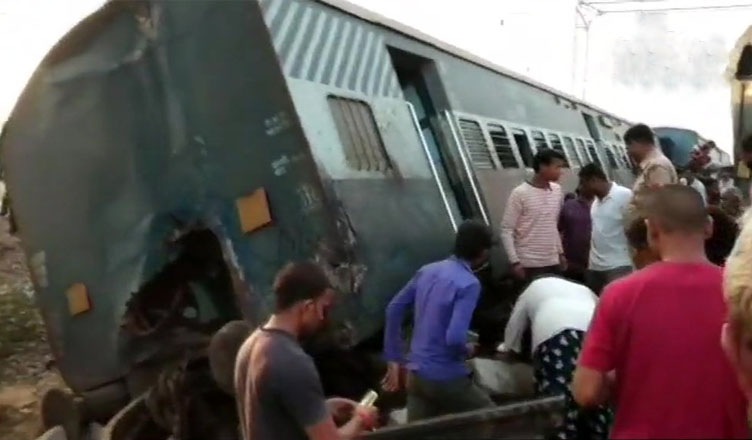 As many as seven people were killed and 21 injured after 6 coaches of New Farakka Express train derailed in Uttar Pradesh’s Raebareli early this morning.

Six coaches of the New Farakka Express derailed near the Harchandpur railway station in Raebareli at around 6:05 am.

“Seven dead, 21 injured after engine and 9 coaches derailed. Injured taken to District Hospital in Raebareli. All passengers have been evacuated. Special train is being arranged to take them. It may take 24-36 hrs for completion of the clearance operation,” Divisional Railway Manager Northern Railways told ANI.

Rescue and relief operations are underway by National Disaster Response Force (NDRF) teams from Lucknow and Varanasi at the accident spot.

All train lines on the route where the accident took place have been blocked.

Railway Minister Piyush Goyal has directed to effectively undertake relief and rescue operations and provide best possible medical help to the injured. He has ordered an inquiry which will be conducted by the Commission of Railway Safety, Northern Circle.

“Drones & long-range cameras are being used to monitor the situation at the site of incident,” Anand Kumar, ADG Law & Order told ANI.

Uttar Pradesh Chief Minister Yogi Adityanath has announced Rs 2 Lakh ex-gratia to the next of the kin of the deceased and Rs 50,000 compensation for those with serious injuries.

Emergency helpline numbers have been set up at the Deen Dayal Upadhyaya junction in Mughalsarai.