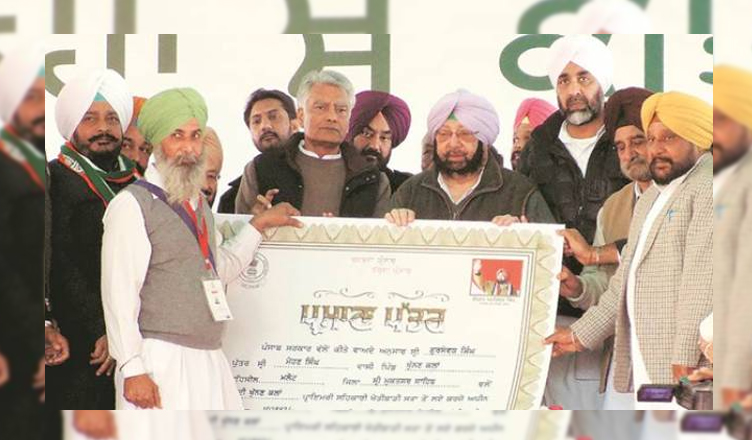 When Captain Amarinder Singh took oath as Punjab Chief Minister in March last year, he had promised a loan waiver of ₹9,500 crores to over 10 lakh small and marginal farmers in the state.

The debt relief scheme was initiated by the Punjab government in 2017. Under the scheme, all the small scale and marginal farmers will be given a loan waiver of up to ₹2 lakh.

The first phase of the loan waive off took place in January and under which around 3.18 lakh marginal farmers of five districts – Mansa, Bathinda, Faridkot, Muktsar and Moga were given a relief of ₹1,815 crores.

Yesterday was the phase two of the same loan waiver scheme.

The function was to be held in Abohar but was cancelled due to the district being in close proximity to Rajasthan, which was voting yesterday (December 7).

It was then organised in Captain Amarinder Singh’s hometown Patiala.