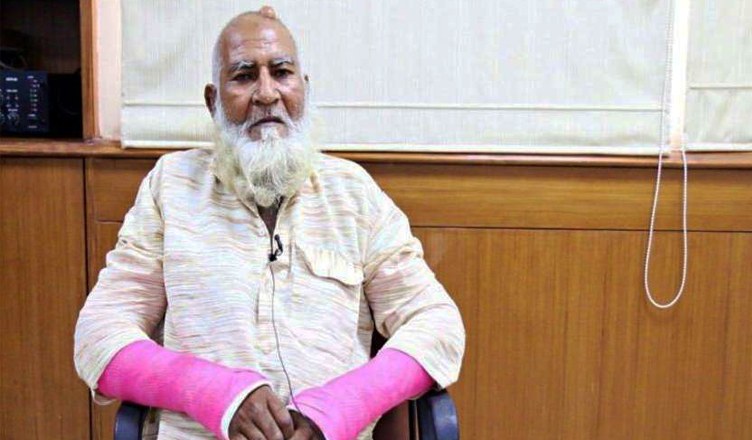 Rejecting Uttar Pradesh Police’s version that the lynching of two men by cow vigilantes in Hapur was an incident of “road rage”, the Supreme Court on Monday has ordered a separate probe into the Hapur lynching case.

A bench, led by Chief Justice of India (CJI) Dipak Misra, ordered the Inspector General of Police, Meerut division, to conduct a separate inquiry into the Hapur lynching case and submit a report within two weeks.

The court has also ordered the IGP, Meerut Division, to provide police protection to the witnesses in the case.

On June 18, 45-year-old meat trader, Qasim Qureshi was lynched by a mob in Uttar Pradesh’s Hapur on suspicion of him being a cow smuggler. Along with him, 65-year-old Samiuddin was also brutally attacked leading to severe injuries, but he survived the attack.

Samiuddin later narrated his ordeal and also how he was coerced into confessing that he was a cattle smuggler.

The apex court has instructed to ensure the protection of Samiuddin, who is also a witness in the case.

The Hapur lynching case again caught limelight after an expose by the news channel NDTV showing one of the accused talking about the incident and denying water to one of the injured.

Samiuddin also filed a petition in the apex court and urged the court to cancel the bail of Yudhishthir Singh Sisodia, one of the accused, who was allegedly seen talking in the video.

He has also requested the court to conduct the trial outside Uttar Pradesh, to ensure no intimidation and fair proceedings. With regard to the same, the court has directed the Uttar Pradesh government to form a Special Investigation Team (SIT) comprising officers from outside the state.

Further hearing in the matter will take place on August 28.

Also read: If country has to move forward, women need to be given their due: Rahul Gandhi in Telangana

Narrating his ordeal to The Wire, Samiuddin recalled a mob of around 15-20 people attacking Qasim and beating him. When Samiuddin tried to intervene, the mob attacked him as well.

After having beaten them up, both the victims were being dragged for around a kilometre. By then, the mob had swelled to around 40 people.

They were dragged till the Devi temple in Bajhera village after which the mob left Samiuddin outside – unconscious. Even after a month of rigorous medical treatment, he has not fully recovered. His arms are still plastered, one leg is in a cast along and he has several stitches and bandages all over his body.

What is worse is a photograph had emerged showing three policemen escorting a mob as it mercilessly dragged Qasim. It appeared as if the policemen were clearing the way for the mob.

Following this, the UP police also tendered an apology and intimated that the three policemen had been transferred.