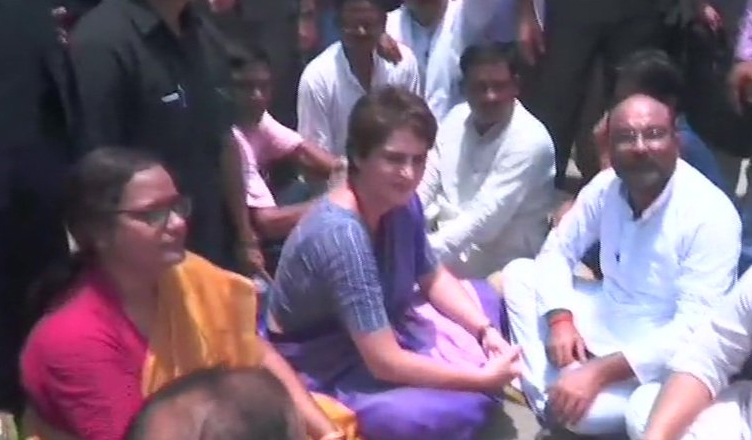 Yogi Adityanath-led Uttar Pradesh government forcibly stopping Congress general secretary Priyanka Gandhi Vadra while she was on her way to a village in Sonbhadra where 10 people were killed in a shootout this week over a land dispute is an insult to democracy.

Condemning the incident, Priyanka Gandhi had tweeted about the same on Wednesday and had questioned the UP government over its failure to establish a crime-free society.

After Priyanka Gandhi was stopped from visiting Sonbhadra — where Section 144 has been imposed — to meet the families of those killed, she sat on a dharna in Narayanpur.

“Just want to go and meet families of victims. I even said I will take only 4 people with me, but the administration is not letting us go there. They should tell us why we are being stopped. We will continue to sit here peacefully,” she said.

Soon after, the Congress general secretary was taken away in a government vehicle.

“Yes, we still won’t be cowed down. We were only going peacefully to meet victim families(of Sonbhadra firing case). I don’t know where are they taking me, we are ready to go anywhere,” she told the media there.

Priyanka Gandhi Vadra in Narayanpur on if she has been arrested: Yes, we still won't be cowed down. We were only going peacefully to meet victim families(of Sonbhadra firing case). I don't know where are they taking me, we are ready to go anywhere.' pic.twitter.com/q1bwkucl0g

As many as 10 people were killed in UP’s Sonbhadra after a shootout happened over a piece of land.