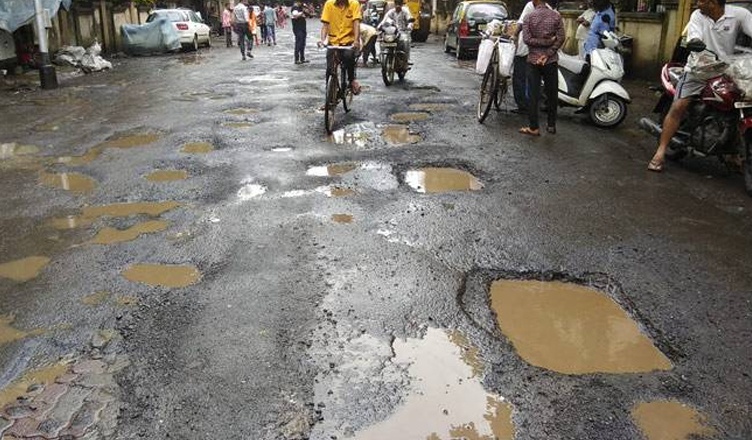 In a response to a question on road safety, Minister of State for Road Transport & Highways, Shipping, Chemicals & Fertilisers Mansukh Mandaviya told the Parliament that 3,597 people had been killed and 25,000 injured in 2017 due to accidents caused by potholes alone.

Potholes have been a major issue but nothing has been done to get this problem fixed.

What is even worse, potholes become more dangerous at night since they are hard to spot at night.

Similarly, during the monsoon, potholes become deadly as they become filled with water making it difficult for commuters to see.

In a recent example, a 40-year-old woman died on July 9 due to pothole. Her scooter plunged into a pothole, and she was thrown off into the path of an oncoming bus.

Rohit Baluja of the Institute of Road Traffic Education in New Delhi opined that road officials must be held responsible and laws should be changed in order to charge them with culpable homicide.

“Either the driver who died is deemed to have been negligent or, if the victim is killed by an oncoming car or bus, it is the car and bus driver who are booked. We must change the law to hold road officials responsible,” The Guardian quoted Baluja as saying.