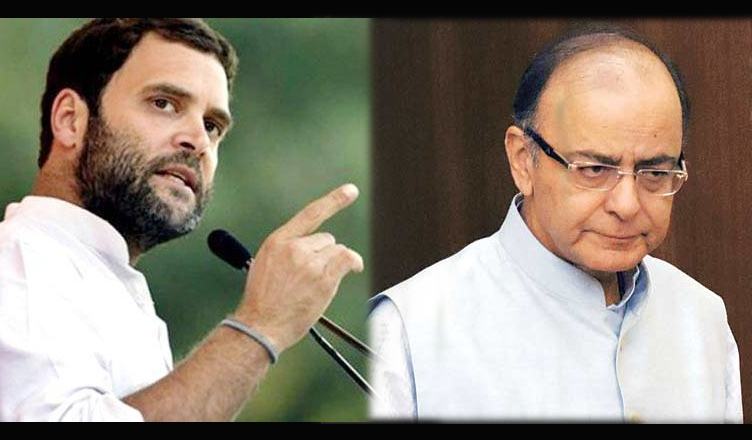 Is Finance Minister Arun Jaitley actually trying to protect his lawyer daughter and is, therefore, silent on India’s biggest banking scam, PNB fraud. The 11,500 crore worth scam has raised serious questions on the credibility of the BJP government and its efficiency to evade corruption.

Congress President Rahul Gandhi’s tweet yesterday has raised a serious question and forces us to think the reason behind the Finance Minister’s silence. In his tweet, Gandhi alleged that Jaitley was silent on PNB fraud case to “protect his lawyer daughter” and also asked as to why her firm was not “raided”.

He tweeted, “It’s now revealed that our Finance Minister’s silence on the PNB (Punjab National Bank) scam was to protect his lawyer daughter, who was paid a large retainer by the accused just a month before the scam became public. When other law firms of the accused have been raided by the CBI (Central Bureau of Investigation), why not hers?”

It’s now revealed that our FM’s silence on the PNB SCAM was to protect his lawyer daughter, who was paid a large retainer by the accused just a month before the SCAM became public. When other law firms of the accused have been raided by the CBI, why not hers? #ModiRobsIndia https://t.co/As9y9Dv0RZ

The Congress President had quoted The Wire’s tweet which said, “You know you’re doing something right when the ruling dispensation tries to rebut a story that has not even been published yet”. The Wire, on its site, mentioned that it was investigating the story and with regard to same had sent a questionnaire to the law firm owned by Jaitley’s daughter and son-in-law, Jaiyesh Bakhshi. In his reply, Bakhshi confirmed the retainership received in December 2017, which was returned in January 2018 as reported:

“In reply to the questions in your email, we state that in December 2017, [the] Chambers of Jaitley & Bakhshi were approached by M/s Geetanjali Gems Limited with a request for a retainer to represent them in their litigation and advisory matters. However, before any legal work could be sent to us, a news item appeared in the media with regard to their involvement in a banking scam. We, therefore, felt it appropriate to unilaterally cancel their engagement and return their retainer. It is reiterated that we never got any opportunity to either represent M/s Geetanjali Gems Limited or to do any legal work for them since we terminated their retainer as soon as we heard of their involvement in a banking scam.”

The Wire did not find the story worth publishing. But, its Founder-Editor MK Venu said a “BJP-leaning website,” wrote about this claiming The Wire was planning to do such a story to “ensnare” Jaitley.

However, the “BJP-leaning website’s” unnecessary effort to clarify things hint towards something being tried to hide.

Arun Jaitley should come forward and clear his stand. His silence will only raise more doubts further.