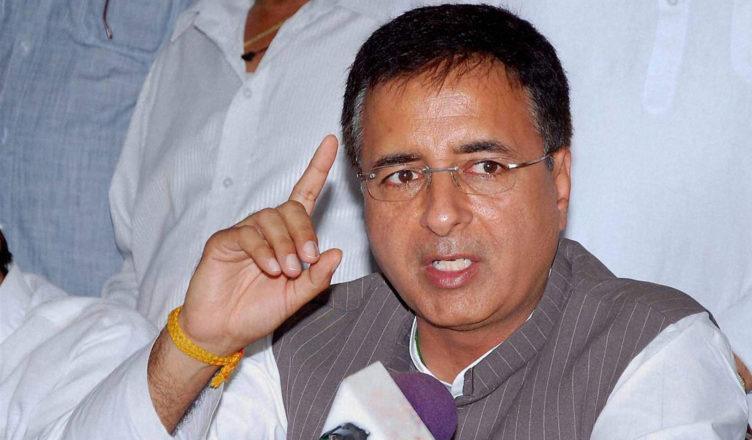 The Congress on Thursday launched a blistering attack on Prime minister Narendra Modi over the 11,500 worth PNB scam involving diamond merchant Nirav Modi.

“Loot the country’s money and run away, it has become the move, face and character of this government,” said Congress spokesperson Randeep Surjewala.

“Do something Modi ji. This Modi will also run away after making the country suffer a loss of around Rs. 11,400 crore,” he said.

Surjewala further said that the fraud detection system of the banking system has been absolutely ruptured under the Modi Government and that this is the biggest banking scam in the last 70 years.

“In spite of complaining to the PMO and submitting supporting documents, no investigation was initiated neither by the PMO, nor Finance Ministry,” Surjewala said.

“The Prime Minister was intimated about the scam in the July 2017 itself and about the 42 FIRs lodged against Nirav Modi. Then why did he not initiate any enquiry into it,” he added.

The Congress further claimed that the BJP was trying to cover up the scam.

“This is BJP’s way of diverting from issues,” Surjewala said.

He tweeted, “Guide to Looting India by Nirav MODI 1. Hug PM Modi 2. Be seen with him in DAVOS Use that clout to: A. Steal 12,000Cr B. Slip out of the country like Mallya, while the Govt looks the other way. #From1MODI2another”.

Use that clout to:

A. Steal 12,000Cr
B. Slip out of the country like Mallya, while the Govt looks the other way.

CPI(M) Secretary Sitaram Yechury also tweeted a photo of the PM at Davos with leading Indian industrialists during the World Economic Forum last month, including Nirav Modi as well.

“There is a pattern in how people who have defrauded Banks in India, are allowed to escape by the Modi government,” Yechury tweeted.

The interesting part however is, despite of the PMO receiving complaint against Nirav Modi in July 2017, he was present with the PM in Davos last month.

Some questions which should be asked from this government are:

Was Nirav Modi tipped off like Lalit Modi and Vijay Mallya to escape by someone within the Government?

Has it become the norm for letting people run away with public money?

The answers are awaited.