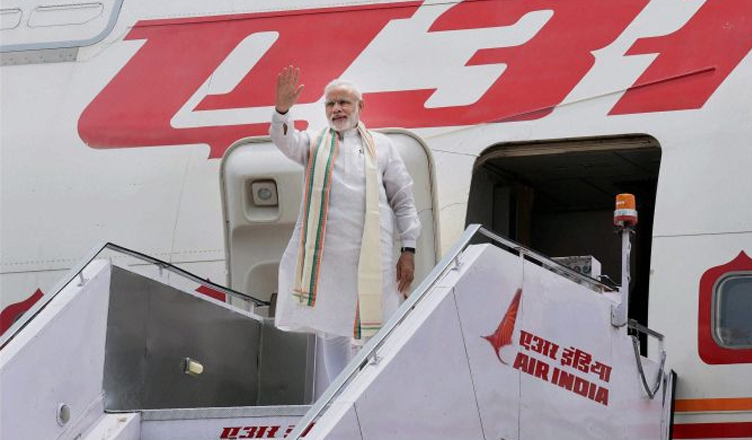 Prime Minister Narendra Modi, who is found more in abroad than in his own homeland, has travelled several countries over the past four-and-a-half years of his tenure. His trips around the world has cost us, Indian taxpayers a whopping $280 Million (over Rs 2,000 crore).

We are not saying this but the above amount was quoted by the Foreign Ministry itself. Minister of State (MoS) for External Affairs V.K. Singh told the parliament in response to a lawmaker’s question.

Breaking up the cost further, Singh told that a total of Rs 1,583.18 crore crore was spent on aircraft maintenance, Rs 429.28 crore on chartered flights, and Rs 9.12 crore on a secure hotline.

The information came out in the form of replies to RTI activist Bhimappa Gadad’s RTI seeking details about expenses on PM’s foreign trips. The activist then shared these replies with The New Indian Express.

Gadad had also sought information on domestic travels of the Prime Minister, but they were rejected saying the SPG security organisation, which takes care of PM security, is exempted from the purview of RTI.

Anyway, it is a known fact that our Prime Minister loves to travel, but the sad part is that, he does that at the cost of our hard-earned money collected in the form of tax.