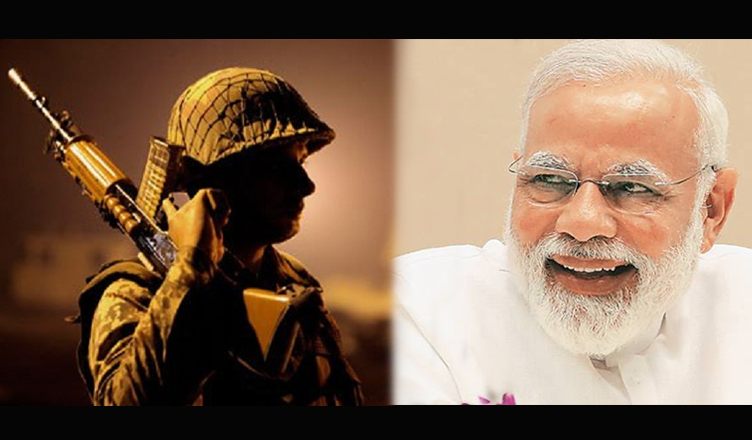 The Bharatiya Janata Party (BJP), on several occasions, has shown their apathy towards the Indian soldiers and has proved that national security is not a priority for them. In a series of reports tabled in Lok Sabha yesterday, the Indian Army told a parliamentary panel that financial crisis is crippling India’s capabilities to defend its border.

The Indian Army told that while China and Pakistan are busy modernising their militaries at a lightning pace, India is lagging far behind due to budget constraints, that too also at a time, when it should be prepared for a two-front war.

The army expressed its concern over the limitation it was facing in making emergency purchases following the Pathankot and Uri terror attacks due to budgetary outlay. The same was coming in the way of procuring critical ammunition and undertaking strategic road projects on the Chinese border.

“Budget 2018-19 has dashed our hopes…The marginal increase in budgetary estimates barely accounts for the inflation and does not even cater for the taxes,” army vice chief Lieutenant General Sarath Chand told the panel.

In comparison to the “committed payment” of Rs. 29,033 crore for ongoing schemes and emergency requirements, the allocation of Rs. 21, 338 is not sufficient. The overall shortage under the capital head stands at Rs 12,296 crore.

The army is also running short of Rs. 6,380 crore to build ammunition stocks necessary for fighting an intense war for 10 days. The army is authorised to stockpile ammunition for 40 days of intense fighting, known as war wastage reserves (WWR) in military parlance. Two decades ago, the government made it mandatory that WWR must last for at least 20 days in case that is not possible for all types of ammunition.

The unfortunate part also being that the army is still saddled with old weapons and systems. Out of the total, 68% of army’s equipments are vintage, 24% current and only 8% state of the art.

India gave a modest hike of 7.8% over last year’s budget, making it Rs 2.95 lakh crore for military spending in 2018-19 as compared to Rs. Rs 2.74 lakh crore last year. But when measured against the GDP, India’s defence spending show a continuous decline.

On the one hand, where China and Pakistan are modernising their defence equipments in full swing, India needs to do the same with double their speed. But the inappropriate budget restricts our army to cement their military capability.

Our nation needs our army, and our army needs this nation to give them what they rightfully deserve to protect the borders. Only, if the present government understands this emergency and acts upon it.