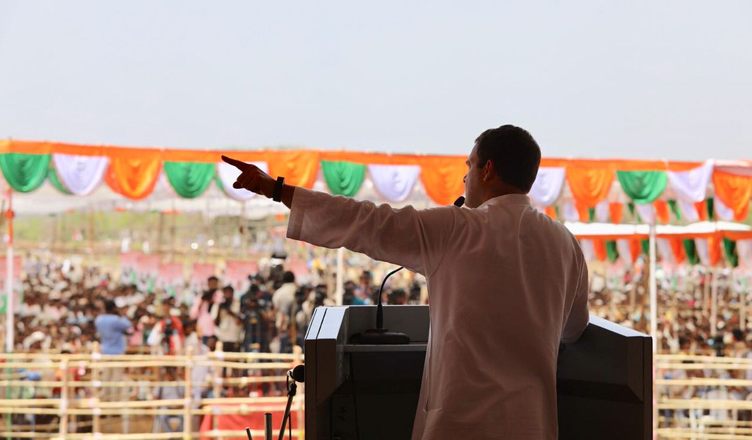 Taking a dig at Prime Minister Narendra Modi, Rahul Gandhi said that the former speaks on anti-corruption but is sharing the stage with a corrupt. “Modi ironically speaks of anti-corruption from a stage he shares with Yeddyurappa,” he said.

Pitching for Congress, the party president said the grand old party has always stood for unity, compassion and an inclusive Karnataka, while the BJP has always resorted to hatred and division. “This election is a contest between two ideologies. On one hand, there’s Congress with its ideology of unity, compassion & an inclusive Karnataka while on the other, we have BJP-RSS with its ideology of hatred & division,” he said.

Rahul Gandhi also said that they follow leader Basavanna’s philosophy “walk the talk” and asserted that his party would fulfil all the promises being made from the stage he is standing on. “All promises made to you from this stage will be fulfilled,” Rahul Gandhi said. He also mentioned that they fulfilled 90 percent of the promises they made in 2013.

Karnataka will go to polls on May 12, the results of which will be announced on May 15.