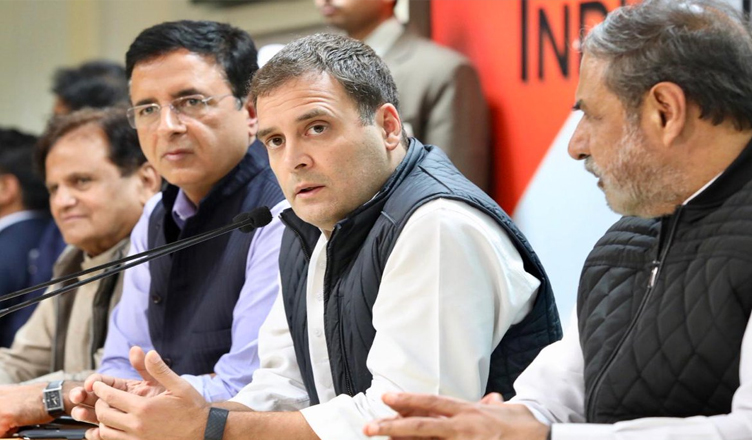 Addressing a press conference after claiming victory in Chhattisgarh and Rajasthan and in a tight battle with the Bharatiya Janata Party (BJP) in Madhya Pradesh then, Congress Chief Rahul Gandhi on Tuesday said Prime Minister Narendra Modi taught him “what not to do.”

“Mr. Modi has taught me what not to do. He refused to listen to the heartbeat of the country (youngsters and farmers). The arrogance came in,” he said.

The Congress President said that it is clear that there is a feeling throughout the country that Mr. Modi has not delivered what he promised.

Gandhi congratulated the party workers and volunteers who worked hard for the party in the states the Congress won and the states where party lost.

While asserting that they have a commitment to youth of the states, farmers and small businesses, the Gandhi scion said they will start the process of loan waiver, as promised, immediately after forming the government.

“There is a huge responsibility on Congress party now. And we will work towards fulfilling the promises we made in these states,” he said.

“The most important thing in this country is what the people of the country feel. As a politician we have to listen and connect to what they feel and work with that sentiment,” he added.

He further said, “Our fight is against the BJP’s ideology. We have defeated them today and will beat them in 2019 too. Congress party does not believe in the ideology of “mukt”. That is BJP’s ideology to end the opposition.”