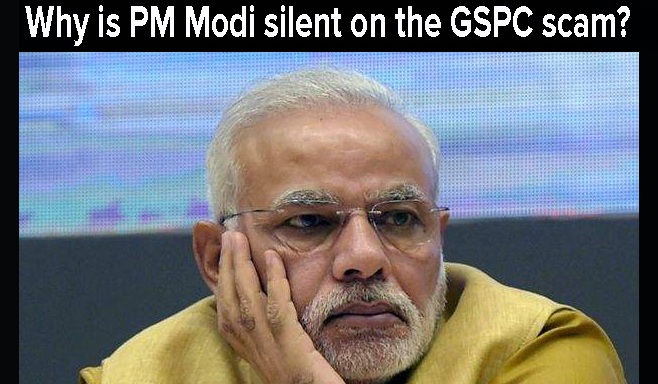 The Gujarat State Petroleum Corporation (GSPC) has been a leading economic light of the Gujarat Model. It was the flagship project of an “economic resurgence” that the Narendra Modi government unleashed after his re-election as state chief minister in December 2002.

An investment of Rs. 19576 crores was made in March 2015 to reap the benefits from the Krishna-Godavari basin but time and again, the corporation was pulled up by the Comptroller and Auditor-General (CAG) and were slammed for irregularities in their finances.

The GSPC’s debt increased by 177% to a whopping Rs. 20,000 crores in 4 years. Deals were struck with a handful private companies who got undue benefits from this project, all this while public money was being mismanaged and wasted.

Once Modi became PM in 2014, Oil and Natural Gas Corporation (ONGC) was made to buy 80% stake to save this bleeding unit. Modi misused his position as PM to help in the bail-out and complete ONGC’s acquisition for Rs. 7738 crores.

Why is the PM silent on this GSPC scam. Why is he not replying to the questions?

Everyday new layers are being uncovered of the Rs. 20,000 crore GSPC scam and the losses that the state exchequer bore because of that, then why isn’t Mr Modi not ready for a transparent inquiry into this?

CAG audit report mentioned that GSPC had 64 gas blocks in Egypt, Yemen, Indonesia and Australia and were surrendered causing loss of Rs. 1757.46 crore.

After destroying the country’s wealth to the tune of Rs. 20,000 crore with no return, why was ONGC made to pay Rs. 7738 crore to overtake this loss making Enterprise?

PM Modi needs to answer all these questions.

He is conveniently using taxpayers money for his personal benefit and to benefit his handful of corporate friends.

And ultimately, THE COMMON MAN SUFFERS!