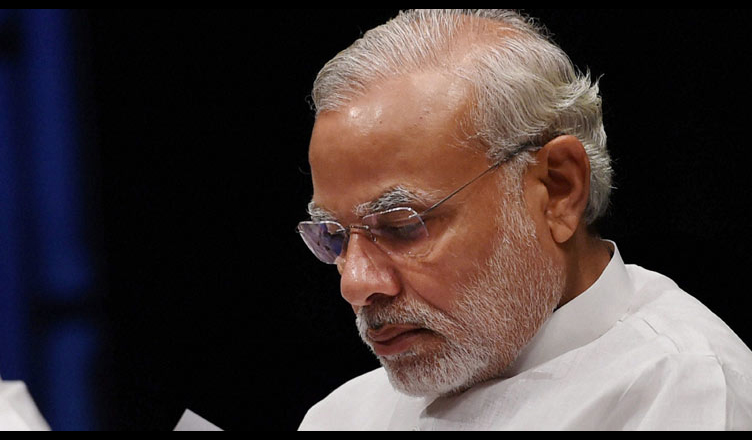 The Congress on  Wednesday accused Prime Minister Narendra Modi of misusing his office to give benefit to Dassault Aviation, the makers of the Rafale jet, in the Rafale deal.

The party further said that it is time to investigate PM Modi and everyone else involved in the Rafale scam through the FIR filed by Congress spokesperson Randeep Surjewala under Section 13(1)(d) of the Prevention of Corruption Act.

“The corruption and maleficence in the Rafale deal is out in open. PM Modi misused his office to give benefit to Dassault Aviation and consequently caused loss to public Exchequer. This is a case of Sec.13(1)(d) of Prevention of Corruption Act. It is time to investigate PM Modi and everyone involved in Rafale scam through this FIR,” Surjewala said while addressing a press conference in Delhi.

Surjewala further said that the maleficence has one more angle to it.

“Even the price of ₹63,450Cr has been calculated by the Indian Negotiating Team (INT) presuming an inflation rate of 1.22% per year in France and calculating it only for less than 6 years. But aircrafts are not getting delivered for 10 years, so the price has to be paid is for 10 years. Inflation rate is 3.5% in France & Modi Govt has committed that they will pay this rate every year. Who will pay for this loss to Exchequer?” the Congress spokesperson questioned.

The Congress further alleged that the decision and price to buy 36 aircrafts was made by National Security Advisor Ajit Doval even when he was neither authorised by the Cabinet Committee on Security nor was he a part of the INT.

“The decision and the price to buy 36 aircrafts was done by Ajit Doval on 12-13 Jan, 2016, who was neither authorised by Cabinet Committee on Security nor was he a part of INT. Incidentally, the contract was signed on 13th Jan, 2016. When this was disclosed, PM Modi forced Defence Secretary to say that “PMO had not interfered in the final negotiations. Para 11 of INT report clarifies that final negotiations weren’t done by them and was done by Ajit Doval,” Surjewala said.

He further said that falsehood and dishonesty of the Modi government is placed in the public domain.

One thought on “PM Modi misused office to give benefit to Dassault Aviation, alleges Congress”