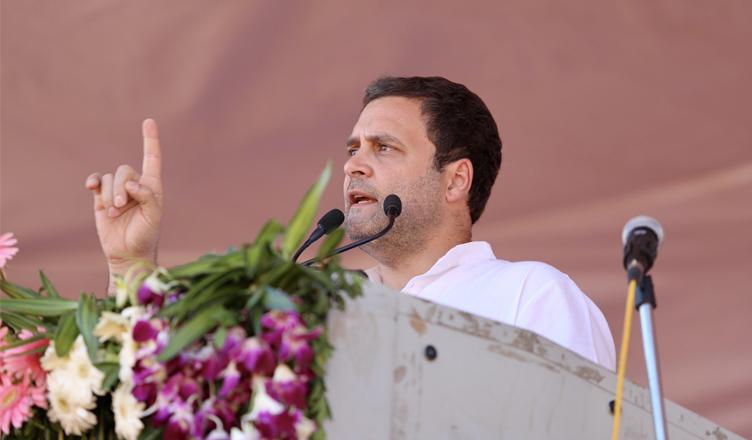 After his incisive attack on Prime Minister Narendra Modi-led National Democratic Alliance (NDA) government at the Congress plenary session, Congress President Rahul Gandhi on Monday once again targeted PM Modi over the issue of unemployment and said that he was living in denial about the threat of “mass unemployment” and his “acche din” PR would take a beating. Quoting an English daily’s article, Rahul Gandhi took to Twitter to launch his attack on PM Modi and the current government.

“The Nobel prize winning economist, Paul Krugman confirms what we’ve been saying for over two years now. Mass unemployment is the biggest threat India faces.   Unfortunately, we have a PM who lives in denial. Afraid his”Acche Din” PR will take a beating,” the Congress President tweeted. The article talks about Nobel Prize winning economist, Paul Krugman warning India ending up with huge mass unemployment if it does not grow its manufacturing sector.

Rahul Gandhi attacked Modi over its twin failures, first to provide two crore jobs every year, and second, taking away jobs due to demonetisation and GST.

Well, what Paul Krugman has said is only a confirmation of what the Congress Party has been claiming since this government came to power. Despite this, the BJP has utterly failed at coming up with a solution, and rather, has deepened the problem of unemployment further.