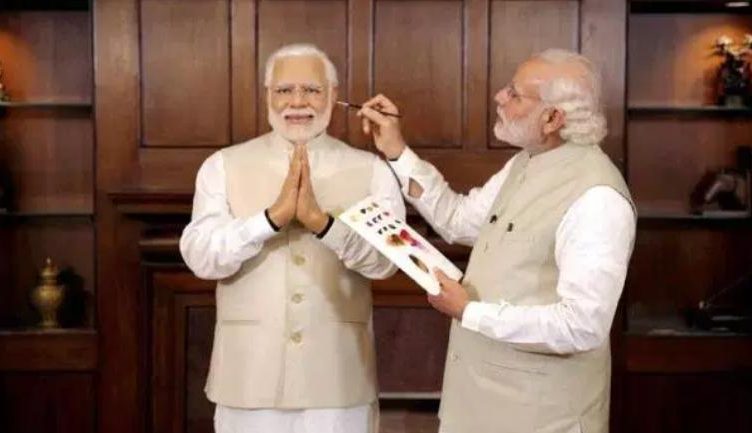 Narendra Modi recently wrote a letter to the people citing his achievements in the past six years. He omitted several of his ‘achievements’ such as the demonetization and of course his ability to take U-turns with zero ideological inertia. He’s like a toggle switch.

Not long ago, he felt that the Aadhaar card was against citizens’ interests, but upon assuming the office of Prime Minister, he not only implemented it, but even made several attempts to make it mandatory. He was often miffed about rise in fuel prices, even when the global oil prices were at their highest during the UPA era. Today, when the crude oil prices have plummeted, Indians pay 69% taxes on fuel which is the highest in the world. While he waxed eloquent about cooperative federalism as a CM, as the PM he continues to choke the states financially by not disbursing the states’ GST share. Further, democratic traditions and conventions are flouted to place BJP governments in states—from Madhya Pradesh to the North East, the BJP has taken borderline illegitimate means to come to power.

As the PM, he has announced several packages, none of which have seen the light of day. With creative accounting and zero accountability he continues to fudge data and make false promises. From announcing a package for Bihar or his support for the Special Category status for Andhra Pradesh; from the so called 20-lakh crore stimulus package to almost every financial stimulus package he has announced thus far—none have been implemented effectively. In the past he often spoke about curbing black money and had even promised to bring it all back in 100 days of assuming power in 2014. He doesn’t talk about that anymore.

As the CM, he spoke a lot. We could all speak a lot. But today, India has dropped several places to rank a lowly 142nd out of 180 countries in the World Press Freedom index. Several people have been arrested and intimidated for merely speaking or even for seeking clarifications about the government. Of course, the one thing common between CM Modi and PM Modi is his fear of open press meets where people can question him. Whether it’s his lack of knowledge or his inability to track what he said when—he dreads speaking to the opposition, press or people directly.

Deep down, he perhaps does realize that taking U-turns isn’t going unnoticed. Which is why he stays clear of accountability. His U-turns have ruined the Indian economy, which would be lucky even if it were to post U-shaped curves. Rather, most economic metrics after he became PM are inverted U-curves—the surged ahead and then plummeted! His ill thought policies have resulted in India’s ruin. These are no more U-turns but boomerangs which are jeopardizing our present and future. Of course, he’s also made several attempts to distort history. He has garlanded Godse and eulogized Gandhiji. Ok Boomer!