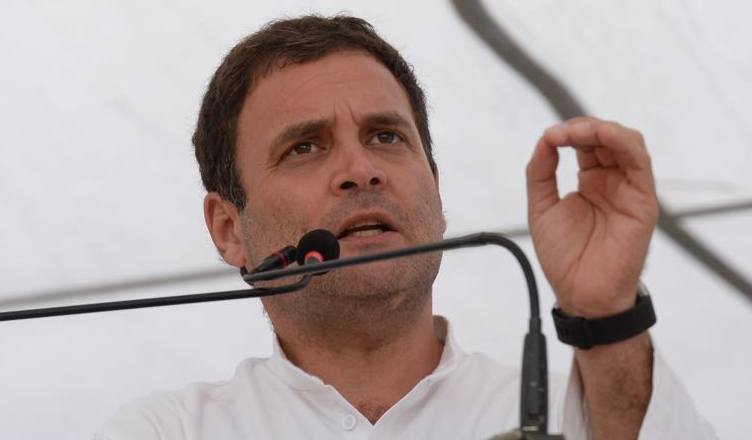 Comparing Narendra Modi to a mobile phone on airplane or speaker mode, Rahul Gandhi took a jibe saying that the PM was never on work mode. This was in reference to Mr. Modi’s foreign visits and rhetorical speeches.

Speaking to reporters on the sidelines of his campaign trail in Kolar, Karnataka, Congress President Rahul Gandhi posed four questions to the PM – why he chose a Chief Ministerial candidate that had been to jail for corruption charges and why he had given 8 tickets to the Reddy brothers; Why despite promising the nation’s youth 2 crore jobs but in reality job growth is the lowest it has been in 8 years; Why when the Congress party was able to waive loans worth 8,000 crores the BJP government had done nothing for farmers and finally why PM Modi had not awarded the Rafale deal to H.A.L. that is a government entity and instead chosen to give it to his friend.

"The BJP talks of honesty and decency, and yet, it has a person who has been accused of murder as its Party President":
Congress President @RahulGandhi in Karnataka. #INC4Karnataka pic.twitter.com/g3xItVlysA

Mr. Gandhi asked how the BJP can preach about honesty and decency while its own party president has been accused of murder. In a tweet mocking the way the Finance Ministry is run, Rahul Gandhi also shared an article that talked about the imminent collapse of the finance ministry. While Union Finance Minister Arun Jaitley is unwell and unable to attend office, the Finance Secretary Hasmukh Adhia has taken leave for 16 days to go on a meditation holiday with his guru. In the tweet, Mr. Gandhi says that PMO will continue to take all financial policy decisions, as it has done before.

As you are indisposed and Finance Secretary is on vacation with his Guru on a quest for inner peace, I have decided to shut the Finance Ministry till further notice.

The PMO will take all financial policy decisions as before.

It appears that the lies are finally catching up to Mr. Modi but instead of facing them head-on, the Prime Minister continues to lie constantly and blame the Congress Party for his own mistakes. Fake news can only get you so far, Mr. Modi, at some point the truth will prevail.