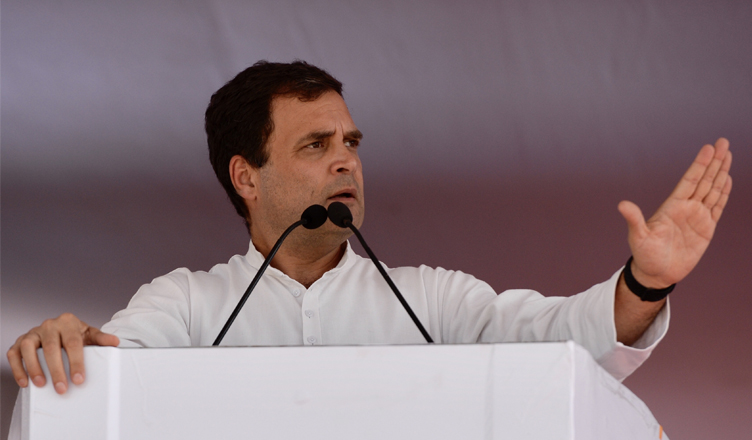 Making a stinging attack on Prime Minister Narendra Modi, who recently tried to popularise his ‘Mai bhi Chowkidar’ campaign by saying that everyone who was against social evils and fighting corruption was a “chowkidar,” Congress President Rahul Gandhi on Saturday said that PM Modi is not a chowkidar for the poor, but only for the rich like Anil Ambani.

“Modi became PM in 2014 and made false promises. Now he says that we are all ‘chowkidaar’, but earlier he had asked to make him one. Chowkidaar gareebon ke ghar main milta hai ya ameeron ke? Vo hain chowkidaar, magar gareebo ke nahi, Anil Ambani ke chowkidaar hain,” Gandhi said while addressing the Jan Bhavna Rally in Bihar’s Purnia.

“You give your blood and sweat and work hard for livelihood, but people like Anil Ambani who thrive on your labour get all the benefits from the chowkidar,” Gandhi added.

Other highlights from his speech are as follows:

One thought on “PM Modi is ‘chowkidar’ of rich: Rahul Gandhi in Bihar”