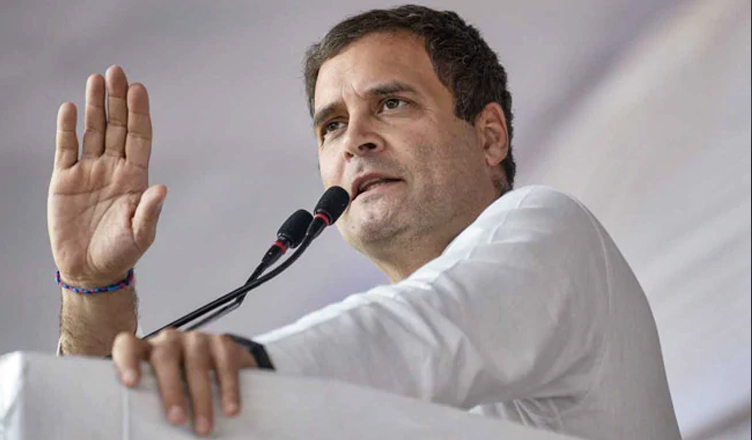 Congress President Rahul Gandhi on Wednesday initiated a discussion on the Rafale issue in the Lok Sabha and said that Prime Minister Narendra Modi does not have the guts to come to the Parliament and confront the questions on Rafale, instead, he hides in his room.

Countering PM Modi’s claim in a recent interview that no one is blaming him, Gandhi said that the entire nation is questioning his actions.

“Mr. Modi in his interview says that no one is blaming him, but the truth is the whole country is questioning his actions,” Gandhi said.

The Congress Chief raised a few pertinent questions revolving around the Rafale deal and which are still unanswered.

“Is it or is it not a fact that the new price that PM Modi negotiated (₹1600Cr/unit) was objected by Defence Ministry officials?” Gandhi asked.

“HAL (Hindustan Aeronautics Limited) is manufacturing aircrafts for last 70 years. It has a tremendous record and is a bedrock of technology. On the other hand, Mr. Anil Ambani has a ₹45,000Cr debt and opens the company 10 days before the contract. Why was the contract given to PM’s friend Mr. Anil Ambani?” he added.

He then asked as to why did the President of France, in a public statement, clearly say that the PM told him to choose Mr. Ambani on his behest?

“Fundamental question to Prime Minister Modi is, did the Airforce change the requirements or did the PM unilaterally without asking the Airforce?” Gandhi questioned.

He further contradicted Defence Minister Nirmala Sitharaman’s statement that price is a secret and said that the French President himself told him that price is not a secret.

Quoting a latest news report, Gandhi said that PM Modi must respond to the allegation that he compromised the Defence Minister’s negotiating position.

Gandhi then asked the speaker for the permission to play an audio tape, purportedly of Goa Health Minister claiming that former Defence Minister Manohar Parrikar is aware of the details of the Rafale deal and has “each and every document.”

However, he was not allowed to play it since he refused to authenticate him.

Gandhi later said the Supreme Court verdict stated that probing Rafale scam does not come under the jurisdiction of the Supreme Court, but they never said that JPC (Joint Parliamentary Committee) should not be formed.

“We demand a Joint Parliamentary Committee in this matter. JPC will bring out all the facts in front of the country. Country will know that Mr. Modi betrayed their trust by helping his friend Mr. Anil Ambani

LIVE: Congress President @RahulGandhi addresses the floor of the Parliament to #DemandRafaleProbe. https://t.co/vjtd5iAqhO