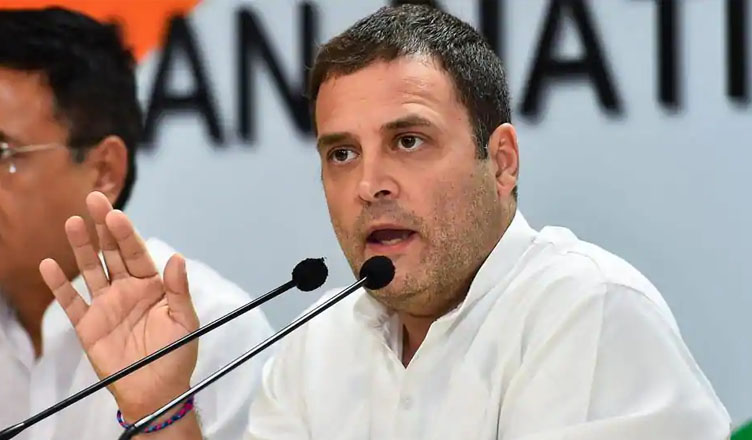 Congress President Rahul Gandhi on Friday said that Prime Minister Narendra Modi can run, hide, but in the end, truth will be revealed.

“PM can run, he can hide but in the end, truth will be revealed. Removing CBI Director will not help. PM acted against CBI Director; it was an act out of panic,” Gandhi said.

The Congress chief made the comment after leaving Lodhi Road police station. Gandhi along with top party leaders courted arrest during staging a protest outside the Central Bureau of Investigation (CBI) headquarters against the Prime Minister Narendra Modi’s “disgraceful and unconstitutional attempt to block an investigation into the Rafale scam by removing the CBI Chief.”

“Join us today at 11 AM as we march from Dayal Singh College on Lodhi Road to the CBI HQ, to protest the PM’s disgraceful & unconstitutional attempt to block an investigation into the Rafale scam by removing the CBI Chief. Similar protests are being held today, across India,” Gandhi had tweeted earlier in the day.

Since there was heavy security outside the CBI headquarters and proper barricading had been done, Rahul Gandhi, in his own unique way, decided to sit on the barricades itself and continue protesting.

The party was protesting outside all the CBI offices across the country.

While addressing the media at a special press conference yesterday, Gandhi said that the removal of CBI Director Verma was “unconstitutional and illegal.”

“Removal and appointment of CBI Director is decided by 3 member committee- PM, CJI and Leader of Opposition. The CBI Director was removed by Prime Minister in the middle of the night. Apart from being an insult to the people of India, it is unconstitutional and illegal,” he said.

He further alleged that the main reason for the removal of CBI Director at midnight was because the CBI was going to begin an investigation into the role of the PM in the Rafale scam and the corruption carried out by him.

“Not only was the CBI Director removed, his office too was sealed and incriminating documents were taken,” he said.