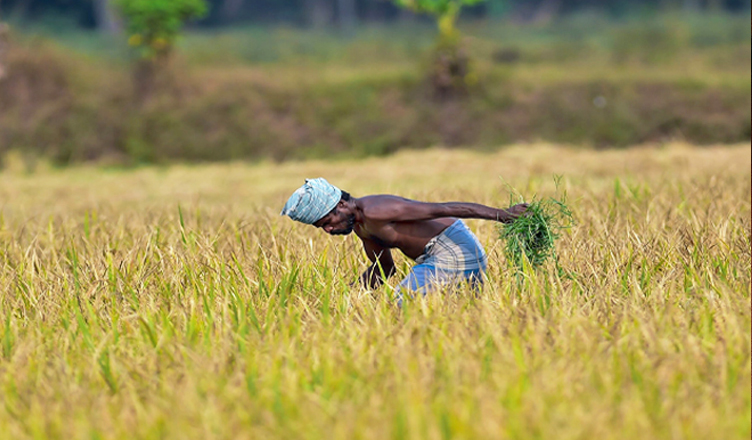 Only 37 per cent funds under Pradhan Mantri Kisan Samman Nidhi (PM-KISAN) scheme have been disbursed in the first seven months of the current financial year i.e. FY 19-20.

Minister of Agriculture and Farmers Welfare Narendra Singh Tomar told the Lok Sabha on Tuesday that out of Rs. 75,000 crore allocated to the scheme for the current financial year, Rs. 27,937.26 crore has been spent until October-end.

“PM-KISAN is a continuous and ongoing scheme, in which the financial benefits are transferred to the bank accounts of the identified beneficiaries as and when their correct and verified data is uploaded by the concerned States / UTs on PM-Kisan web-portal. Therefore, the actual utilisation of the funds may vary depending upon the variation in the number of beneficiaries. The actual fund position shall be ascertained by reconciliation after the end of the FY 2019-20,” Tomar further said.

“The financial implication has been estimated on the basis of operational land holdings data as per Agri-Census Data 2015-16 extrapolated to 2018-19. The Census Data does not take care of joint land holdings. Therefore, there may be increase/decrease in number of beneficiaries from states as the onus lies with the state/UT governments to identify the beneficiaries and upload their details thereof on PM-KISAN portal,” he added.

The PM-Kisan scheme was announced by the Modi government on February 01 in the Union Budget (Interim) 2019-20. Under the scheme, Rs. 6,000 per year is provided by the government to the eligible beneficiary, given in three four-monthly instalments of Rs. 2,000 each.

The payment is made under direct benefit transfer mode and directly transferred to the bank account of the eligible beneficiary.

The government had projected that about 14.5 crore farmers will be covered under the scheme but the latest data provided by Tomar shows that only half of the projected number —- 7.26 crore farmers —- have benefited from the scheme.