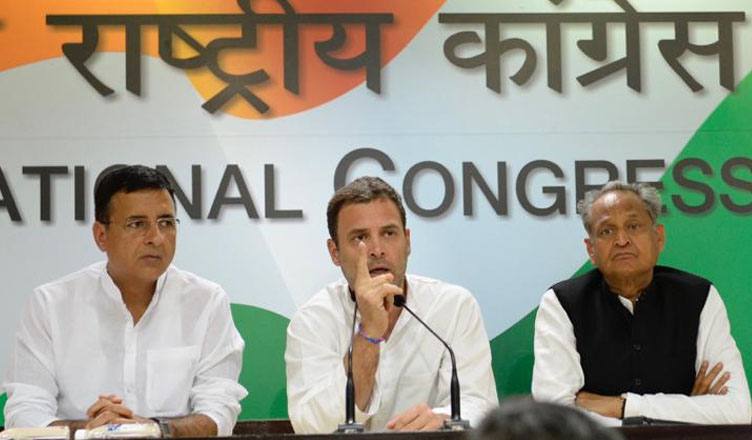 Accusing Finance Minister Arun Jaitley of colluding with absconding liquor baron Vijay Mallya thereby enabling him to flee the country, the Congress on Thursday asserted that the two did have a meeting in the central hall of the Parliament on March 01, 2016, during the Budget Session.

“On 1st March 2016, when I was in the Central Hall of Parliament House, I witnessed Arun Jaitley and Vijay Mallya talking discreetly. On 3rd March, we heard from media that he fled the country on 2nd March, 2016. I have clearly stated about this in each of my interview with media. There are CCTV cameras, we can all see that for proof. If I’m wrong I’ll resign from politics,” Congress leader P.L. Punia, claiming to be a witness to the meeting, said while addressing a press conference.

Asserting confidence, Punia said that even the CCTV footage of the Parliament’s central hall can be checked to verify his statement. He said that if he is wrong he would resign from politics.

“This is a serious issue. The trust of the people has been attacked,” Punia said.

“There are two questions. First question: The Finance Minister talks to the absconder. The absconder tells he is going to London but the Finance Minister didn’t tell the CBI, ED nor police. Why not? Second question: How was the CBI’s lookout notice changed to inform notice.? This can only be done by the one who controls CBI,” Rahul Gandhi said.

“Jaitley is lying, the Govt is lying. This is a clear-cut case of collusion. There is some deal between them. The Finance Minister has colluded with a criminal running away from the country. Finance Minister Arun Jaitley must resign and this should be investigated,” he added.

Controversy erupted when Mallya told reporters outside London’s Westminster magistrate’s court on Wednesday that he had met Arun Jaitley before leaving India and told him he’s going to London.

“I had a scheduled meeting in Geneva. I met the Finance Minister before I left…repeated my offer to settle with the banks. That is the truth,” Mallya told reporters.