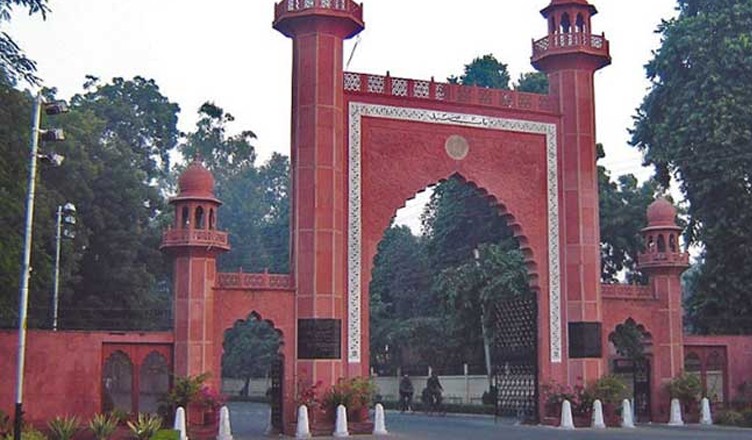 A photograph of Sir Syed Ahmed Khan, the founder of the Aligarh Muslim University (AMU), was removed from a Public Works Department guest house in Khair town of Aligarh. Narendra Modi’s photograph has replaced the one of the university’s founder. AMU is currently in the midst of a crisis concerning the portrait of Mohammad Ali Jinnah that has been hanging in student union office since 1938.

Chandra Bhushan Singh, the district magistrate of Aligarh, has ordered a probe saying, “As PWD guest house is a state-owned property, there is nothing unusual in putting up the photograph of Prime Minister Narendra Modi but the allegations of the removal of AMU founder’s portrait are being looked into.”

AMU students held a protest on campus against the entry of RSS and VHP activists that entered the campus and the lathi charge by the police that followed when students tried to lodge a complaint last week.

Heckling students from colleges seems to be the theme of the month as 25 people marched into Jamia Millia Islamia while students were writing exams. These 25 people were not from Jamia and raised slogans like ‘Jinnah premi desh chhorho’ (People who love Jinnah should leave the country) and ‘Hinduon ka apmaan nahi sahega Hindustan’ (Hindustan will not tolerate Hindus being disrespected). Students were upset by the allegations the people of Jamia disrespected Hindu students.

The administration of the university issued a statement asking for peace to be maintained on campus so exams are not disrupted. They said that since the incident did not take place inside the campus, Jamia cannot do anything about it.