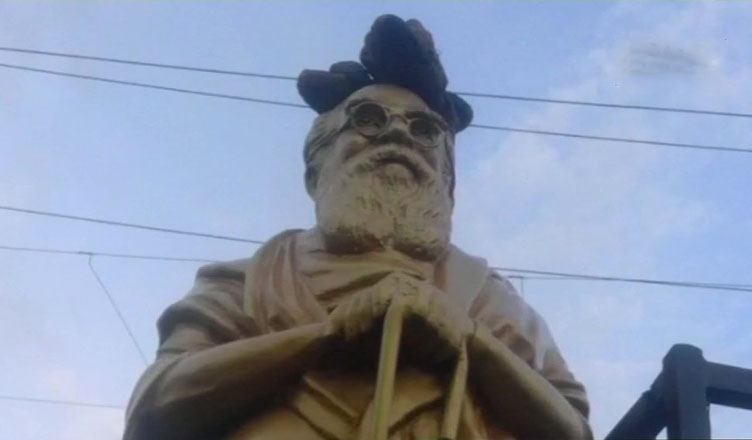 On the occasion of Dravidian icon E.V. Ramasamy (Periyar)’s 139th birth anniversary, his statues at in Chennai and Tamil Nadu were vandalised.

While a person hurled a shoe at Periyar’s statue in Chennai, his statue in Tamil Nadu’s Tirupur was vandalised.

While the police is looking for those who attacked the statue at Dharapuram in Tirupur district, the accused in the case of Chennai was nabbed and arrested.

The accused, identified as D. Jagadeesan, claimed to be a Bharatiya Janata Party (BJP) member.

According to The Hindu, Jagadeesan was thrashed thrashed by cadre of political parties, including those belonging to the Viduthalai Chiruthaigal Katchi (VCK).

The BJP, however, has maintained that Jagadeesan does not hold any official position in the party.

A senior police officer told The Hindu that Jagadeesan was arrested by the Chintadripet police, who filed a criminal case against him under Sections 153-A (Promoting enmity between classes), 504 (Insult intended to provoke breach of the peace), 294 b (uttering vulgar words in public place) and 506-(i) (Criminal intimidation) of the Indian Penal Code.

The ruling AIADMK, as well as the main opposition DMK and DK staged a protest condemning the incident.

Earlier in March, a statue of Communist icon and leader Vladimir Lenin was pulled down by Bharatiya Janata Party (BJP) activists in Tripura. Just a day after this, a statue of Dravidian icon and social reformer EVR Ramasamy, popularly known as Periyar, was razed in Tamil Nadu’s Vellore.

The glasses and nose of Periyar’s status, located inside the Tirupattur corporation office, were damaged. The police arrested two men, out of which one belongs to BJP and the other is a CPI worker. The police also said that both the men were drunk while they committed the act.

The incident of razing status was first reported in Tripura, after the polls declared BJP’s victory in the state, ending the 25-year-long rule of the Left in the north-eastern state. Two statues of Lenin were razed allegedly by BJP workers.