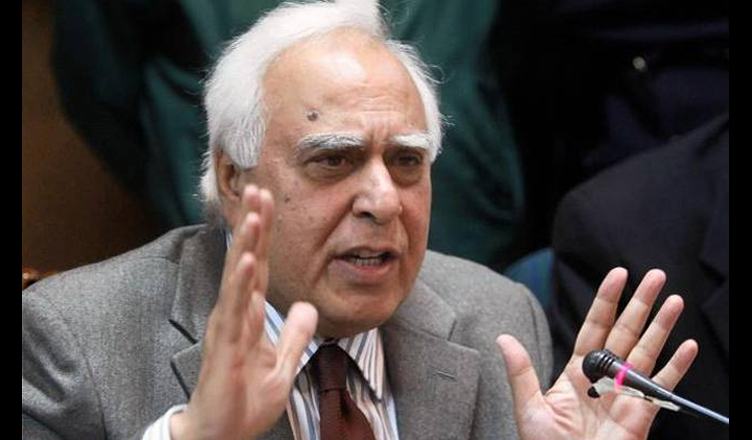 Sibal’s remarks came in the backdrop of Union Minister Jayant Sinha garlanding the eight convicts in Ramgarh lynching case after they were granted bail by the Jharkhand High Court.

“8 accused convicted for lynching are garlanded by Jayant Sinha when granted bail. You got it wrong Modiji. They say your Government has become: Lynch-Pujari,” tweeted the Congress leader.

8 accused convicted for lynching are garlanded by Jayant Sinha when granted bail .

You got it wrong Modiji .

They say your Government has become :

“BJP leaders, be it Giriraj Singh or Jayant Sinha, should go with garlands to all riots accused. There’s certain mindset behind them going to accused out on bail, with motive to divide society. PM doesn’t talk on govt’s promises and his ministers go to accused with garlands,” Sibal told ANI.

40-year-old Alimuddin Ansari was lynched on suspicion of transporting beef in Jharkhand’s Ramgarh last year and the eight accused were convicted by a lower court. However, the Jharkhand High Court granted bail to all the eight convicts.

What is unfortunate is that event was organised by the Bharatiya Janata Party (BJP) to celebrate the High Court’s order, and it was at this event that the Union Minister felicitated these eight convicts.

Worsening it further, BJP MLA Shankar Choudhary said that the saffron party will organise a celebratory procession in Ramgarh.

He was also seen appreciating advocate BB Tripathi, who represented the bail plea of the eight men, and said he was like God.

Out of the twelve people accused in the Ramgarh lynching case, eleven of them have been held guilty and awarded death sentence. The 12th person being a minor is being conducted in a juvenile court.

First, the government’s apathy towards the victims, and then, brazenly encouraging them for their criminal acts.

It is shameful the way this government is working. Such acts prove that this government vouches for some criminal acts and encourages them to go ahead and continue with such crimes.

Instead of booking them and bringing them to justice, the government ministers are seen felicitating them.

It is another low in political history which the current dispensation, the BJP has stooped to.