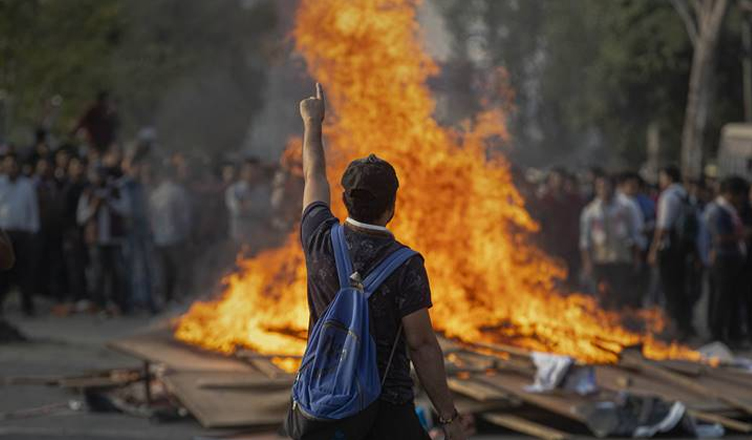 In the wake of the passing of the Citizenship (Amendment) Bill in both the houses of Parliament, Prime Minister Narendra Modi on Thursday “assured” the people of Assam that they have nothing to worry about the same.

“I want to assure my brothers and sisters of Assam that they have nothing to worry after the passing of #CAB. I want to assure them- no one can take away your rights, unique identity and beautiful culture. It will continue to flourish and grow,” Modi tweeted.

Taking potshots at the Prime Minister, Congress posted on Twitter, “Our brothers & sisters in Assam cannot read your ‘reassuring’ message Modiji, in case you’ve forgotten, their internet has been cut off.”

The passing of the bill has led to violent protests in the Northeast, especially in Assam and Tripura. In the wake of the protests, over 5,000 paramilitary personnel were airlifted to northeastern states, including Assam.

Internet services have been suspended in 10 districts of Assam, including Lakhimpur, Dhemaji, Tinsukia, Dibrugarh, Charaideo, Sivasagar, Jorhat, Golaghat, Kamrup (Metro) and Kamrup for 24 hours from 7pm on Wednesday.

Many trains that originate from the state were cancelled and rescheduled by the Northeast Frontier Railway.

The main argument against the Citizenship (Amendment) Bill is that it discriminates on the basis of religion.

One thought on “People in Assam can’t read your “reassuring” message as internet has been cut-off: Congress’ dig at PM Modi”