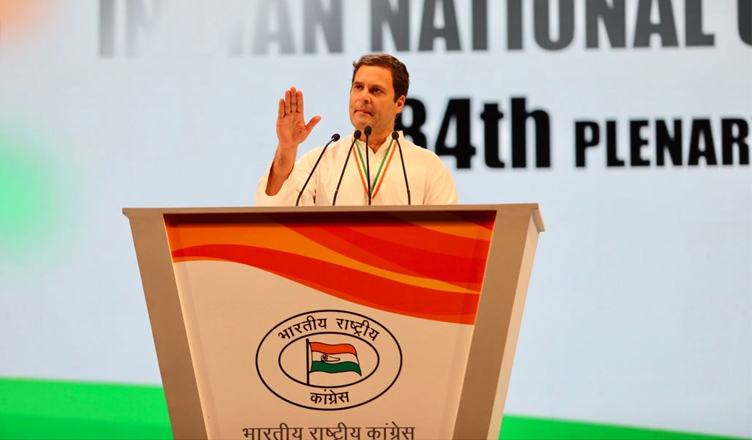 Congress President Rahul Gandhi in his inaugural speech as part of the Congress party’s plenary session at the Indira Gandhi Indoor stadium in New Delhi today said that only the grand old party can show the way and heal divisions in the nation.

“The country is tired of what is happening under the current Govt. Only the Congress party can show the way and heal divisions in the nation,” Gandhi said.

Slamming Bharatiya Janata Party (BJP) over its politics of hatred, Gandhi said that Congress follows the ideology of love and fraternity.

“The tradition of the Congress party is to embrace change without forgetting our past and legacy. The representatives of our party have fought hard to keep our ideology alive. The senior leaders of the Congress will guide the party youth and take us forward,” he added.

The Congress President asserted that the symbol of the Congress (hand) holds the country together.

The three-day plenary session of the Congress commenced at the Constitution Club in New Delhi on Friday.