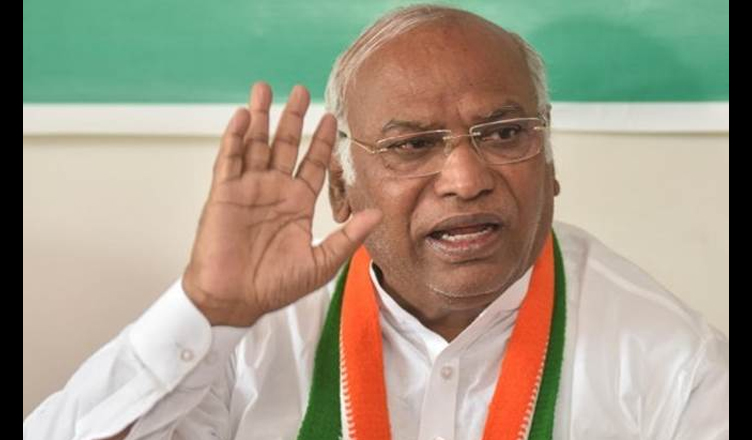 Public Accounts Committee (PAC) chairman and Congress leader Mallikarjun Kharge on Friday denied receiving any report mentioning the price of the Rafale and said that “neither does the CAG know about it.”

“Even CAG does not have this report. I asked the Deputy CAG as well. When the CAG itself does not have the report, there is no question of it being presented in to the PAC. If the PAC has the report, then it would’ve been submitted to the Parliament. And if the Parliament receives it, it automatically comes under the public domain. But even this didn’t happen. Then where did this report come from?”  Kharge said while addressing a press conference on Friay.

“Until the Parliament does not receive the report, no one has the right to comment on it,” he added.

The Supreme Court in it judgement regarding the Rafale deal yesterday, said that pricing details of the jet is stated in Comptroller and Auditor General of India (CAG) report, which then shared its report with the PAC.

In the wake of the revelation, Congress President Rahul Gandhi also launched an attack on the Modi Government and asked where the CAG report was.

Also read: Never before has the ‘Pappu’ tag been so meaningless

“How is it that the foundation of the judgment, that pricing has been discussed in the CAG report, and the PAC chairman has not seen the CAG report till date, nobody in the PAC committee saw it, but the Supreme Court has seen it. I am seriously unable to understand. It is possible Modiji has installed his PAC in the Prime Minister’s Office,” Gandhi said in the same press conference.

“The whole country knows that chowkidar is a thief. We will prove that Prime Minister of India is a friend of Anil Ambani and he has helped him to steal public money. The day Rafale scam is investigated in Parliament, under JPC, two names will come out-Narendra Modi, Anil Ambani,” he added.

In the latest development, Kharge said on Saturday that the PAC will summon Attorney General KK Venugopal and CAG Rajiv Mehrishi and ask as to when was this report submitted before the panel, and is not, then why was this lie told to the Supreme Court.

“The government lied in the SC that the CAG report was presented in the House and before the PAC and the PAC has probed it. The government said in SC that it (the CAG report) is in public domain. Where is it? Have you seen it?” Kharge told reporters.