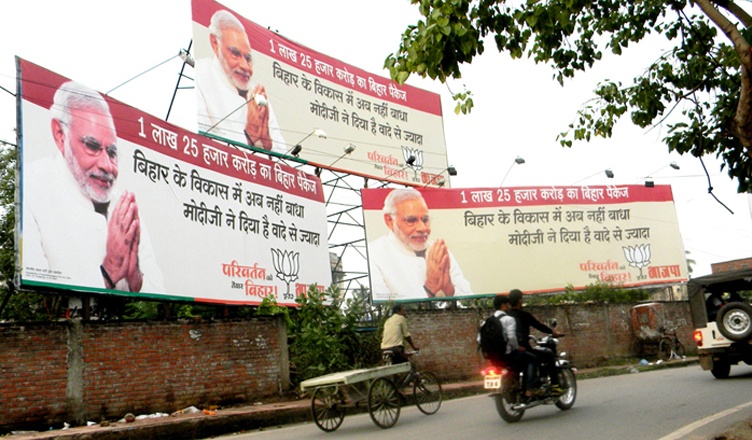 When Mumbai-based activist Anil Galgali sought details from the centre’s Bureau of Outreach and Communication (BOC) about the expenditure made by the ruling Bharatiya Janata Party (BJP) on advertisements and publicity through different media since it assumed office, it was known that the Prime Minister Narendra Modi’s government splurged a whopping Rs. 4,343.26 crore on the same. In the last fiscal itself, the government spent Rs. 955.46 crore on advertisements and publicity through different media.

Between April-December 2017, the government spent Rs. 333.23 crore on the print medium alone, with the total figure of the last fiscal reaching Rs. 955.46 crore.

Also read: Confidence in Modi government down 7% since 2016

It is no wonder for the BJP to splurge so much money on its advertisement, since its coffers are full with money it has extracted from the common man and scams.