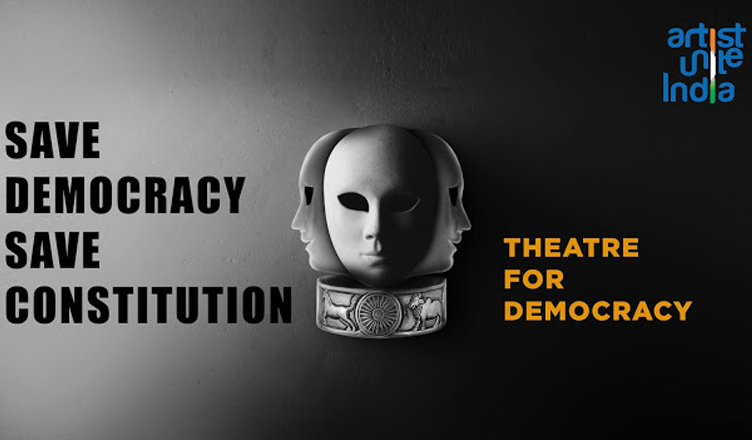 Over 700 artistes from across the country have released a joint statement in 12 languages, appealing voters to “vote out the divisive politics from power.”

This is what their appeal is:

“Since colonial times, Indian theatre makers have celebrated India’s diversity through their work. We have done plays as part of the freedom struggle, we have taken on social ills through our art, we have stood for social equity and inclusion, we have struck a blow at patriarchy, brahmanism and caste oppression. Theatre makers in India have a long and proud tradition of standing against forces of religious sectarianism, chauvinism, narrowness and irrationality. We have spoken from the margins, we have spoken of the margins. With song and dance, with humour and pathos, with compelling human stories, we have, for over a hundred and fifty years, imagined a secular, democratic, inclusive and just India.

The ways in which this hatred has seeped into our daily fabric are alarming and it has to STOP.

The coming elections are without doubt the most critical in the history of independent India. A democracy must empower its weakest, its most marginalised. A democracy cannot function without questioning, debate, and a vibrant opposition. All this is being concertedly eroded by the current government. The BJP, which came to power five years ago with the promise of development, has given free rein to Hindutva goons to indulge in the politics of hate and violence. The man who was portrayed as the saviour of the nation five years ago has destroyed the livelihoods of millions through his policies. He promised to bring back black money; instead, rogues have looted the country and run away. The wealth of the rich has grown astronomically, while the poor have become even poorer.

We, theatre practitioners of India, appeal to the people of India to help safeguard the Constitution and our syncretic, secular ethos. We appeal to our fellow citizens to vote for love and compassion, for equality and social justice, and to defeat the forces of darkness and barbarism.

Our appeal – vote bigotry, hatred, and apathy out of power. Vote against the BJP and its allies. Vote to empower the weakest, protect liberty, protect the environment, and foster scientific thinking. Vote for secular democratic, inclusive India. Vote for the freedom to dream. Vote wisely.”

This comes three days after 154 scientists urged voters to “reject those who lynch or assault people, those who discriminate against people because of religion, caste, gender, language or region.”

Earlier on Monday (April 01), as many as 231 writers published a statement under the aegis of the same, the Indian Culture Forum and appealed to people to “vote against hate politics.”

“The first step, the one we can take soon, is to vote out hate politics. Vote out the division of our people; vote out inequality; vote against violence, intimidation and censorship. This is the only way we can vote for an India that renews the promises made by our Constitution. This is why we appeal to all citizens to vote for a diverse and equal India,” the statement read.

This also comes after 103 filmmakers signed a letter on March 29, released on by artistuniteindia.com urging voters not to commit a ‘grave blunder’ by giving the BJP (Bharatiya Janata Party) one more term in power.

One thought on “Over 700 artistes appeal to ‘vote bigotry, hatred, and apathy out of power’”