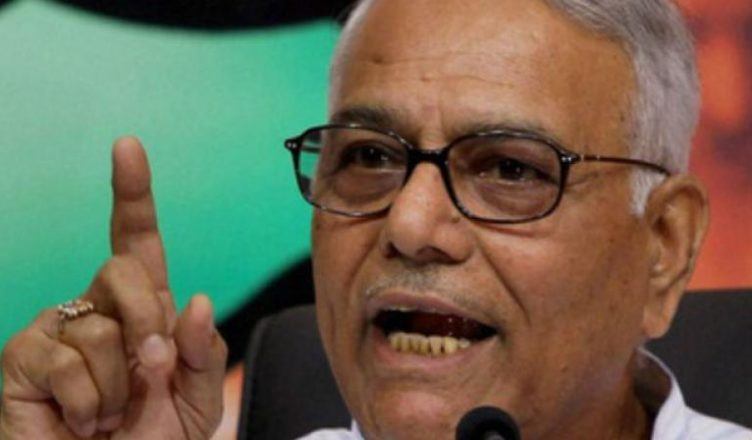 First Arun Shourie, then Subramanian Swamy, now Yashwant Sinha. Looks like, the opposition to the Modi Government lies within.

BJP leader and former finance minister Yashwant Sinha’s article in the Indian Express ‘I need to speak up now’, shows the utter disappointment and anger that Sinha has finally vented out.

Slamming both, Prime Minister Narendra Modi and Finance Minister Arun Jaitley, Sinha said the Indian economy has shrunken badly and the steps taken now will take their own time to produce results.

Criticising the government for its “loan waiver” jumla, Sinha said farmers received “massive” loan waivers from some state governments varying from one paise to a few rupees in some cases.

Sinha also pointed out other disasters of the Modi Government, which has put the economy in a turmoil and for a very long time. He said the private investment has shrunk like never before in two decades, industrial production has collapsed, agriculture, construction industry is in distress.

Sinha further said that the SME sector is suffering from an unprecedented existential crisis.

“Cash flow problems have already arisen for many companies specially in the SME sector,” he said.

“We protested against raid raj when we were in opposition. Today it has become the order of the day. Post demonetisation, the income tax department has been charged with the responsibility of investigating lakhs of cases involving the fate of millions of people. The Enforcement Directorate and the CBI also have their plates full. Instilling fear in the minds of the people is the name of the new game,” he added.

Hitting out the two blunders, the former finance minister said demonetisation has proved to be an economic disaster and the ill-conceived GST has caused havoc for businesses.

Contrary to BJP President’s remarks on technical reasons for the GDP slowdown, Surjit Bhalla, a member of PM’s new economic advisory council suggests that reasons are rather structural and not technical.

The Prime Minister has always claimed that he has seen poverty from close quarters, and now he, along with his Finance Minister is ensuring that the Indians also see it from equally close quarters.