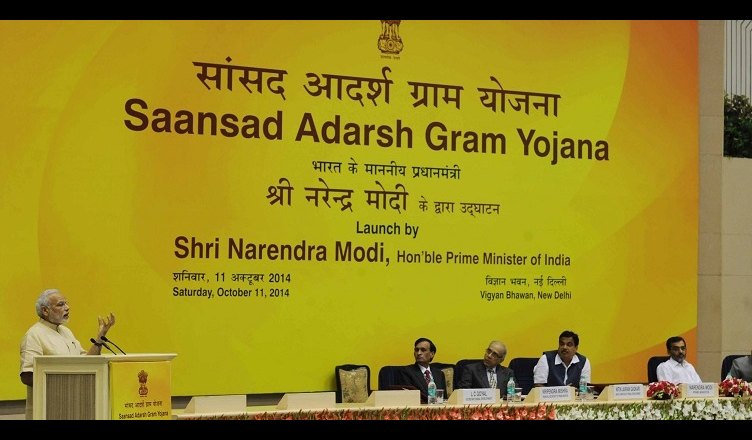 Only 51 per cent projects so far in villages adopted under the Saansad Adarsh Gram Yojana. The deadline of the programme is March 2019 and work has not even started on more than a one third of the projects.

Saansad Adarsh Gram Yojana was announced by Prime Minister Narendra Modi on October 11, 2014. Under the scheme, where every parliamentarian was to adopt up to three villages and ensure their holistic development.

In a high-level review meeting held last week, it was revealed that 32,628 (51%) projects out of the total 83,586 projects proposed in the adopted villages were reported to have been completed till January 7, reported The Economic Times.

“More than 36% of the proposed activities are reported as yet to start implementation. The state governments are requested to expedite the implementation process,” the states were informed by the rural development ministry at the meeting.

Bihar, Rajasthan and Odisha are the worst-performing states. In Bihar, only 86 villages have been adopted so far whereas it has 54 members in Parliament. Also, out of 4,900 projects proposed for implementation in these villages, only 1,450 have been completed so far.

Similarly in Odisha, only 46 villages have been adopted so far whereas it has 30 members in Parliament. 77 per cent projects are yet to be started in the villages adopted.

In Rajasthan, 52 per cent projects have not even started in 77 villages adopted so far.

Earlier in August, 2018, it was reported that one of the four villages adopted by PM Modi failed to see any development.

According to the sarpanch of Varanasi’s Nagepur village, 21 areas of development were decided but most of them continue to remain as mere points on paper.

“Our village being adopted by the prime minister made national and international news, but nothing has happened here, officials come and leave without doing anything,” The Wire quoted a resident, Bainath Maur as saying.