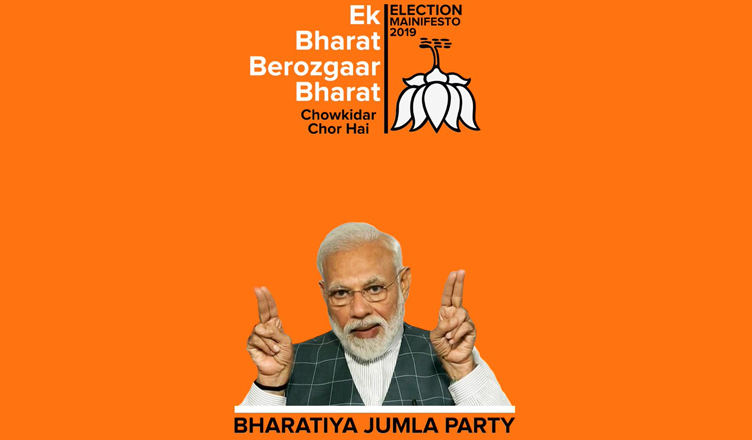 On the occasion of April Fool’s Day, the Congress on Monday released a parody manifesto of the ‘Bharatiya Jumla Party.’ The manifesto was titled as ‘Ek Bharat, Berozgaar Bharat’ with ‘Chowkidar Chor Hai’ as the tagline, it also had the election symbol of the BJP, the ‘Lotus’ but with a twist i.e. it was upside down.

The promises made in the ‘manifesto’ included passing the blame on Nehru, use of WhatsApp to disseminate “news” to citizens, all defence deals to be awarded to A.A. (we are sure, it is an abbreviation for Anil Ambani), 15 days notice and loan defaulters to fly off to their country of choice, demonetisation every two years and a compulsory course on ‘feku-isms’ (bluffing) among others.

A few objectives which were included under the headline ‘Modi’s vision for India’ include:

“Today India is blessed with the rare capacity and opportunity of Democracy, Demography and Demand…and if they vote for us again, they will have full-fledged Tyranny, Tarnish and Turmoil,” read the parody manifesto.

The ‘ manifesto’ concluded with the aim of making the greatest thief to be a janitor and helping his fraudster friends flee the country.

Check out the manifesto here: 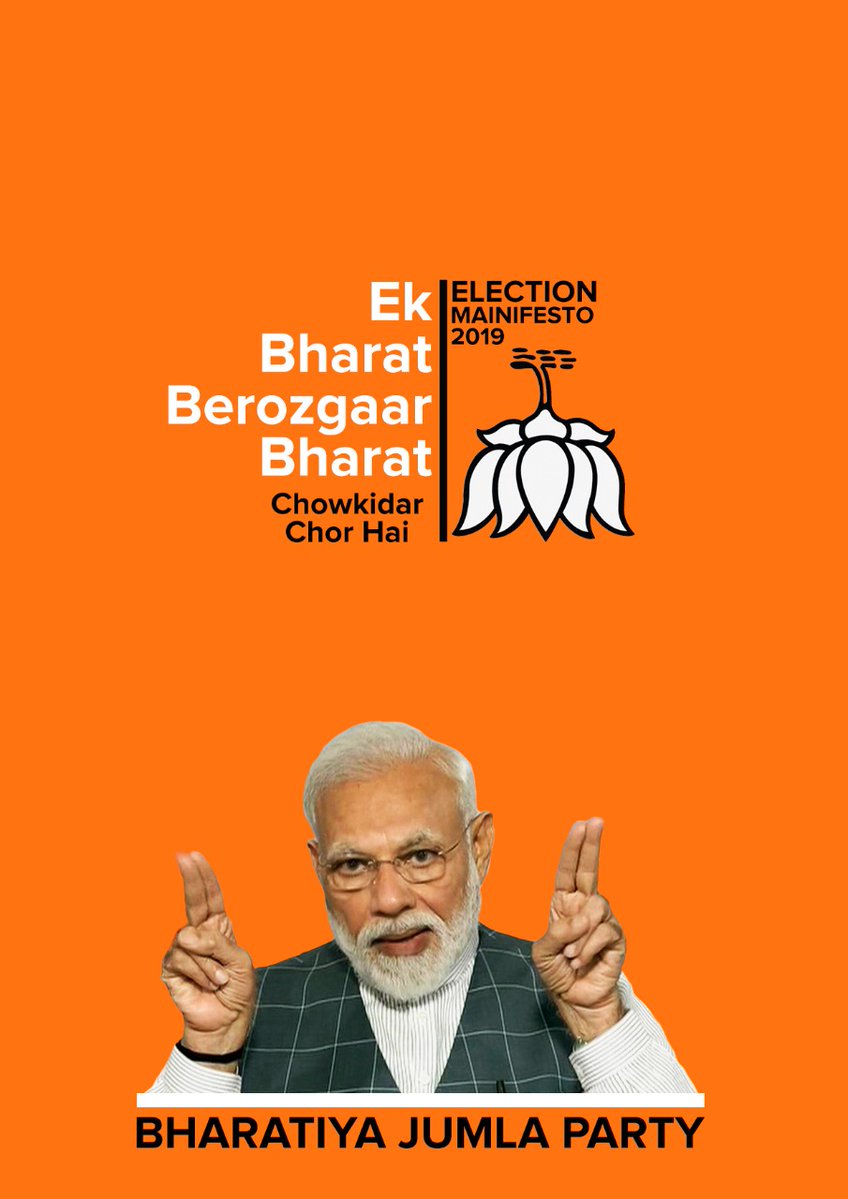 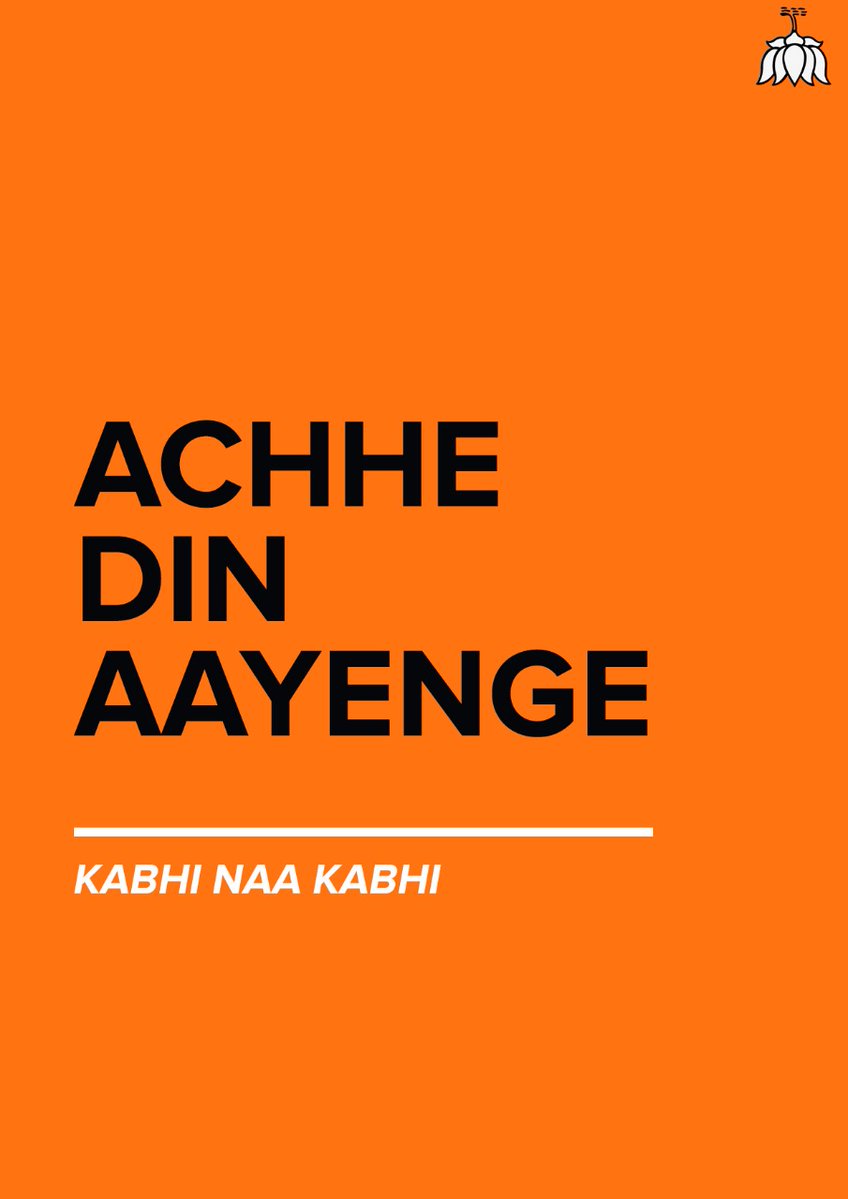 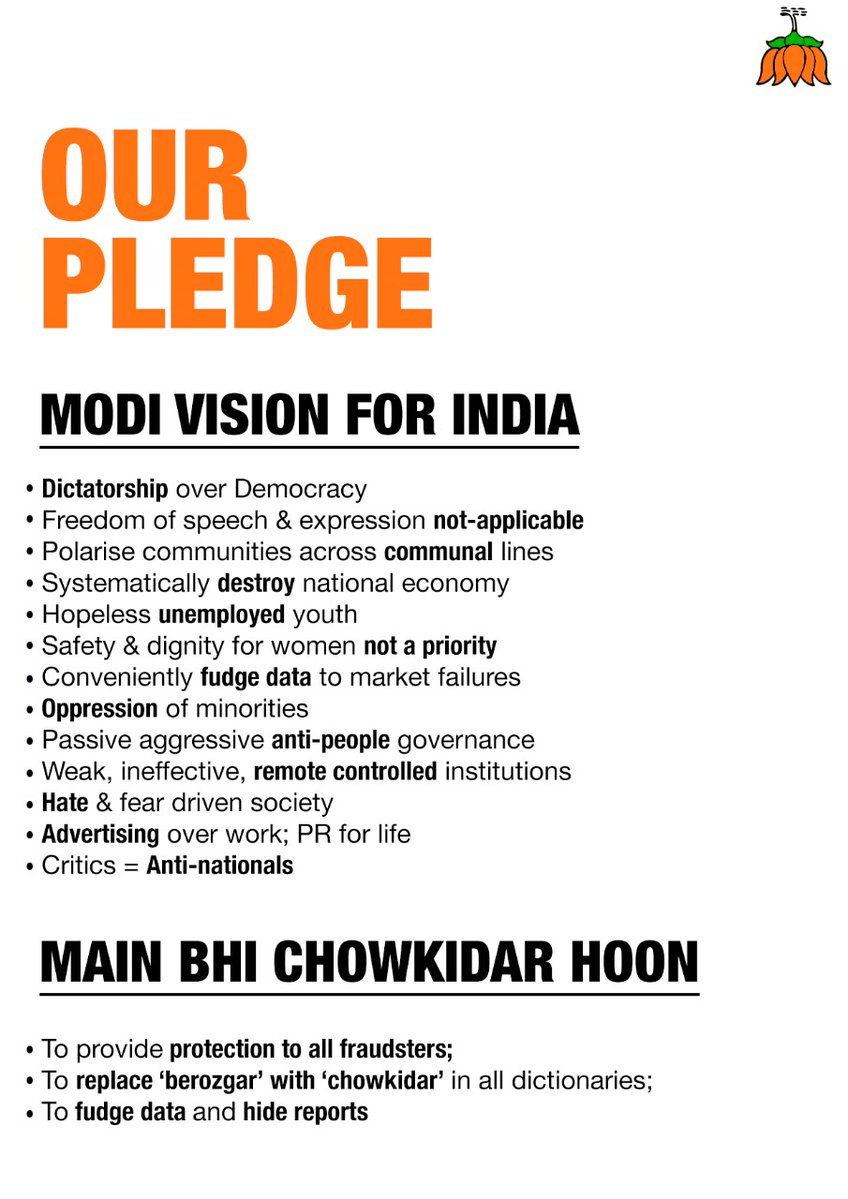 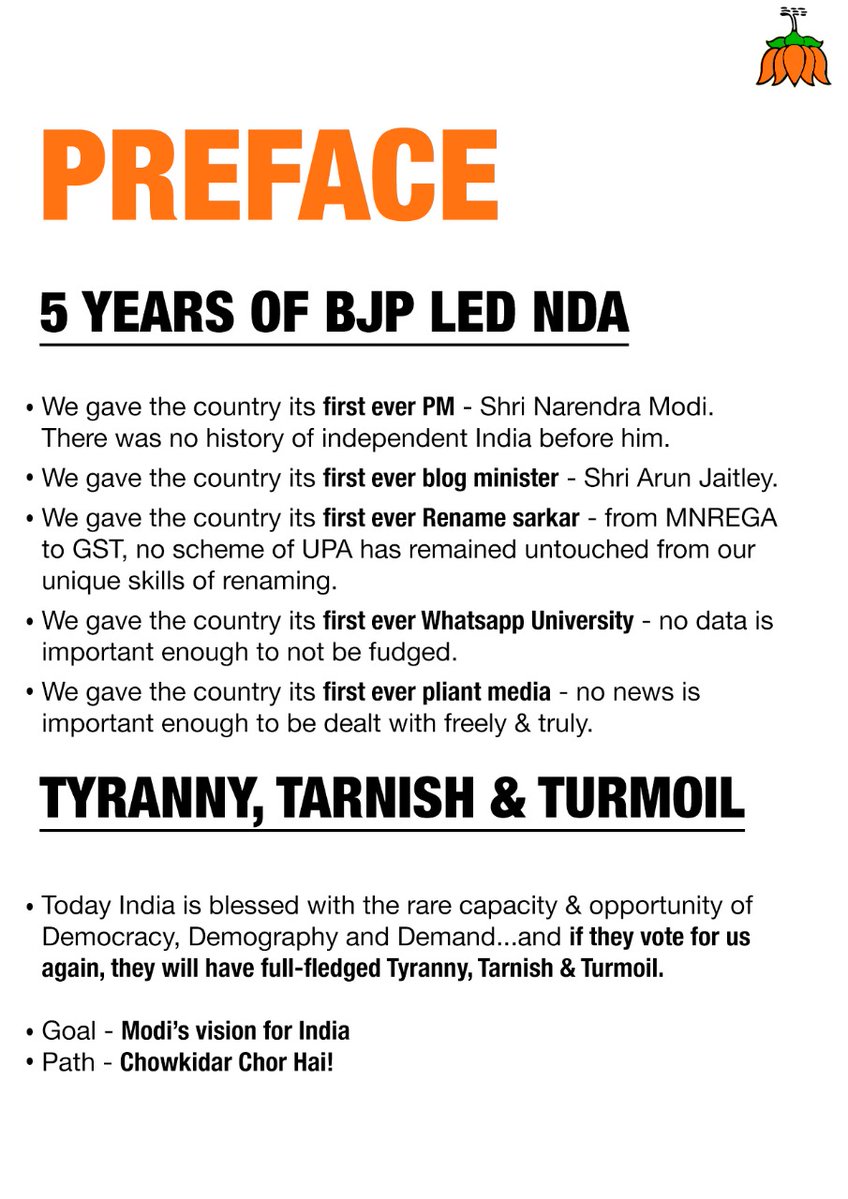 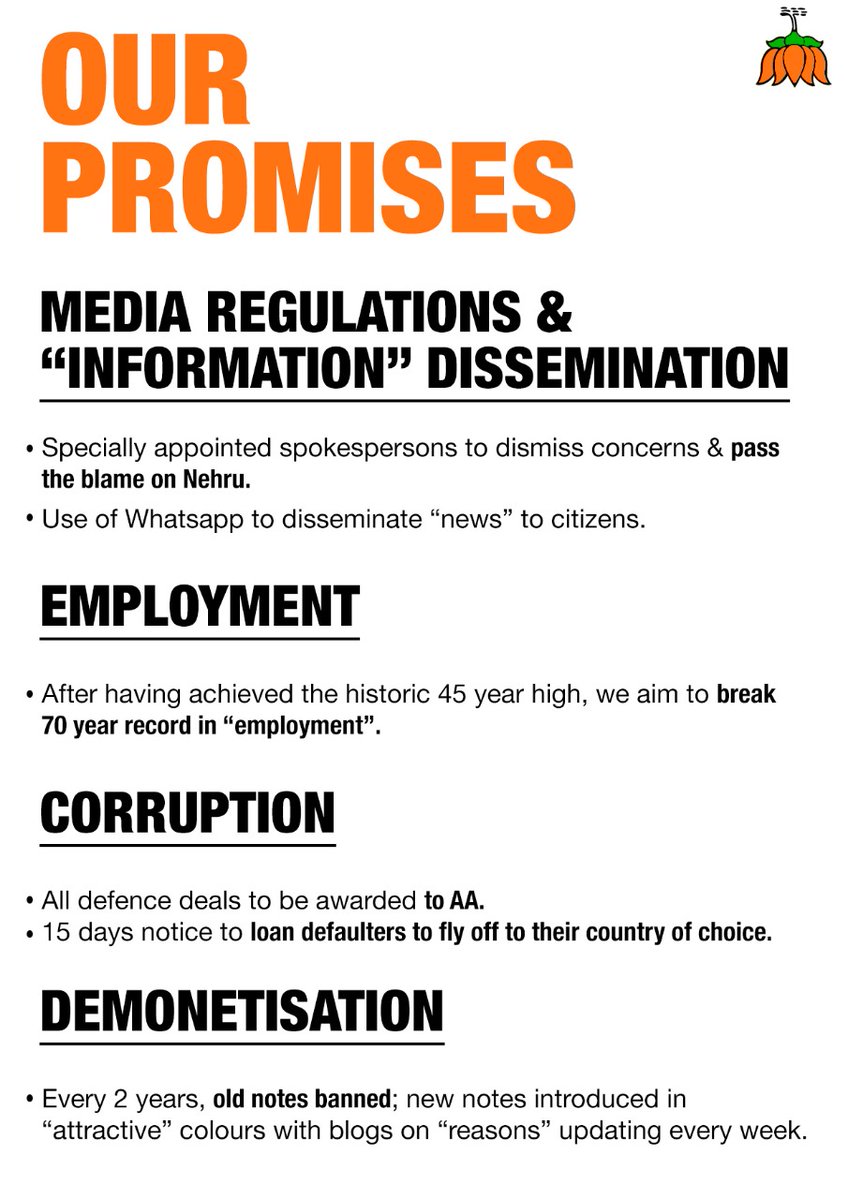 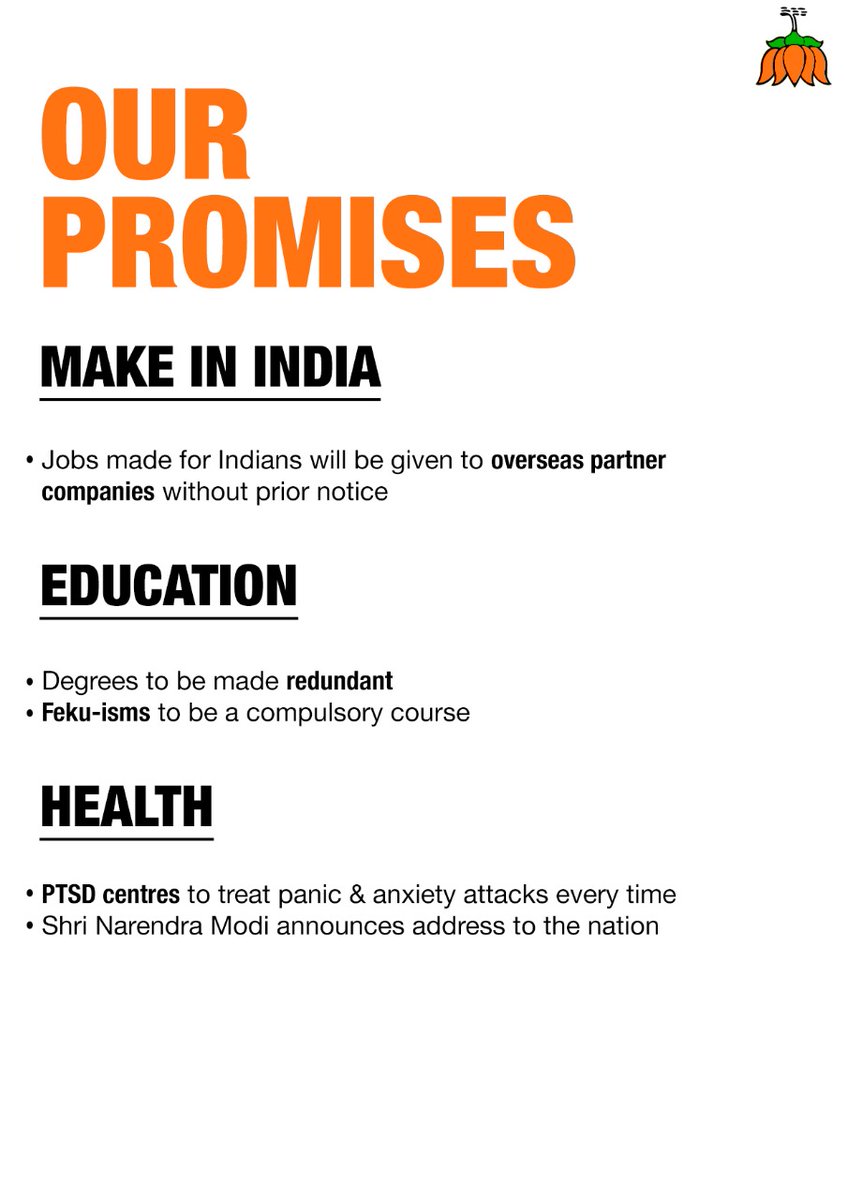 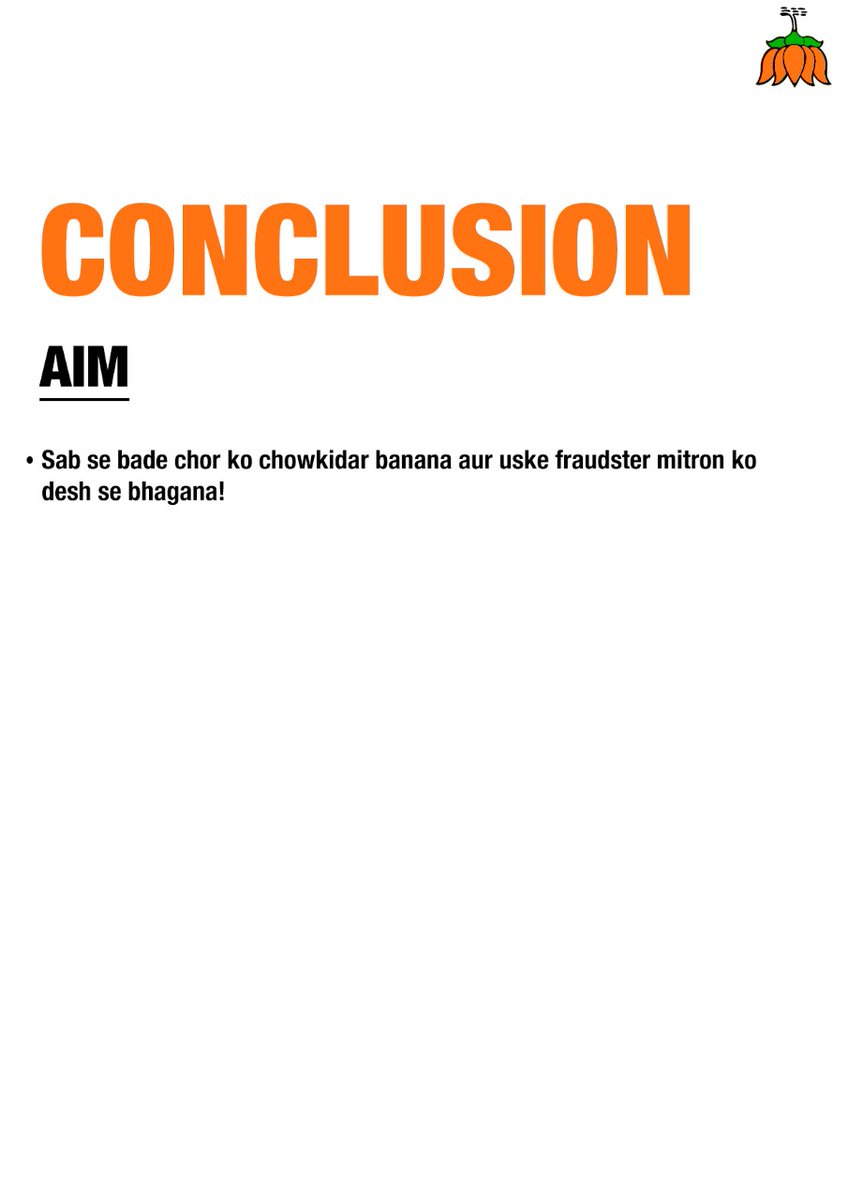