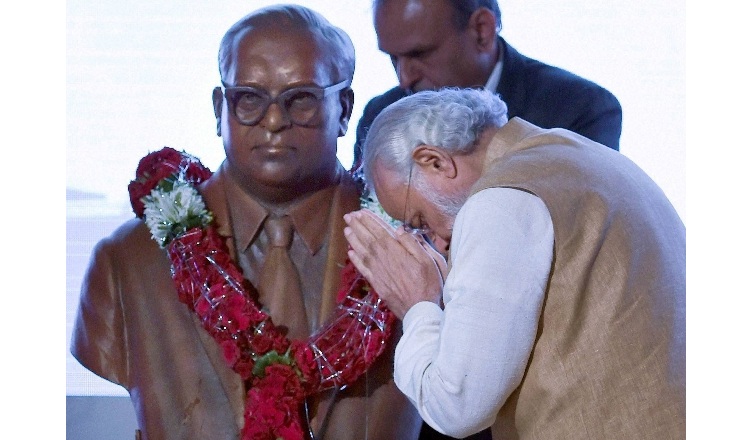 On the 127th birth anniversary of Dr. Bhim Rao Ambedkar, the Bharatiya Janata Party (BJP) should apologise to the nation for insulting the architect of our Constitution and letting him down who always stood for equality. BJP has proven that it does not believe in equality and suppressing the minorities is its agenda.

When the Supreme Court decided to amend the SC/ST Act (which protects the minorities from atrocities), there was wide outrage across the country against it. Yet, the Centre could not come forward to appeal to the SC to not amend it. It was only when the country witnessed nationwide strike (Bharat Bandh) on April 2 organised by various Dalit organisations, that the Centre filed a review petition before the apex court. But, do not consider this as a move out of concern for the Dalits, but it was purely a votebank-driven decision.

The BJP, fearing that it would lose its Dalit votebank, decided to file a review petition and appeal to the Supreme Court not to revise the SC/ST Act.

On the other hand, we have also been witnessing a growing intolerance. The number of hate crimes has exponentially increased, with targets majorly from minority communities. It is also seen that the respect for other religions has gone down. Statues of different leaders are being vandalised by people of a particular community, which only leads to more hatred and violence.

Today also, on the day of Ambedkar Jayanti, many state governments have tightened security measures in view of recent vandalisation of Ambedkar statues and the recent April 2 Bharat Bandh. The latest incident of vandalisation took place in Greater Noida on April 13, where a statue of Ambedkar was razed.

It is unfortunate to see such depravity for a person who is the principal architect of our Constitution and a founding father of the Republic of India. And, this is happening under a party which claims to be staunch followers of Babasaheb Ambedkar.

The BJP has failed Ambedkar and his idea of equality. Such heinous incidents taking place under the BJP rule hint towards the direction of communalism and hatred that our country is heading to.