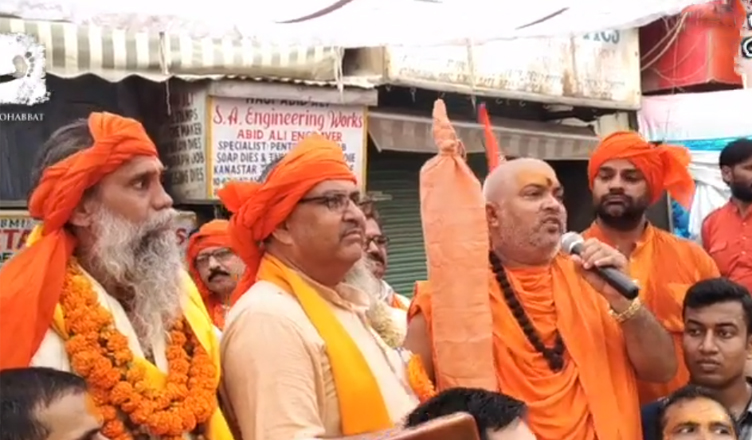 This is the same locality which witnessed a riot-like situation a week back when people of Hindu and Muslim communities clashed with each other over a petty parking-related dispute. Several people were injured in the clashes as well as a temple was allegedly vandalised.

This rally was organised to reinstall idols in the same temple that had allegedly been vandalised.

In the same rally, two saffron-clad men spoke and their speech looked more like a warning than a normal speech.

A few videos from the rally were shared by Karwan-e-Mohabbat with NewsCentral24x7, and in those videos, those people can be clearly heard making warnings and in a way asking Muslims to stay in their limits.

“If you (Muslims) walk on Babur’s path, there will be trouble…. I understand that after today, there will be peace in this locality… Hindus will live peacefully, you will live peacefully… if there is any trouble, we will have to choose other means. Do not test our patience. In extreme desperation, we have been forced to organise this warning meeting”,” Joint General Secretary of VHP, Surendra Kumar Jain, can be heard saying in the video.

“Remember, this country was partitioned based on religion. Those who liked Islam went to Pakistan and Bangladesh; those who loved Hindus and Hindustan stayed here. That means we have a right to these lands. They must remember that they are here on the mercy of Hindus,” he added.

One of the other saffron-clad men said, “Remember, even the police, the army will not be able to do anything. Because the country’s army’s strength is 20 lakh. We are 90 crore. So do not be under any delusion, do not threaten us. Live peacefully.”

Another thing to be noted here is that Bharatiya Janata Party (BJP) Rajya Sabha member Vijay Goel was also seen in the public meeting. However, he was not seen making any speech. 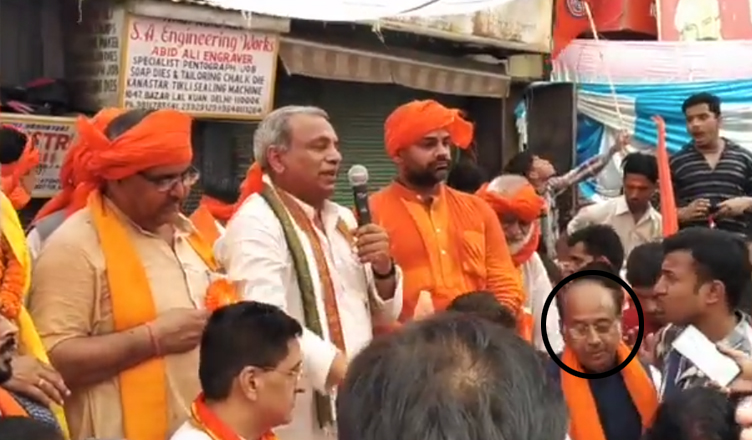