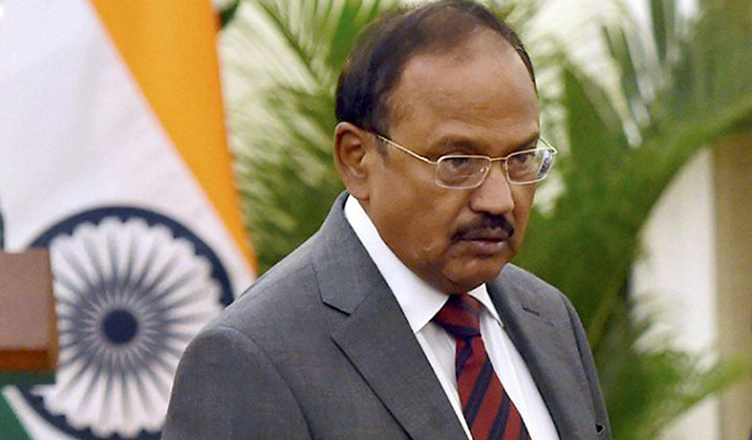 In a petition filed before the Supreme Court, CBI joint director MK Sinha, who was transferred to Nagpur by the acting CBI director on October 24, has alleged that National Security Adviser (NSA) Ajit Doval had close ties with Manoj Prasad and Somesh Prasad – two Dubai-based middlemen arrested in the Moin Qureshi case.

“As per Manoj Prasad (the middleman arrested in the case against Asthana), Shri Dineshwar Prasad, father of Manoj and Somesh, retired as Joint Secretary, R&AW and has close acquaintance with the present National Security Advisor Shri Ajit K. Doval (“NSA”). This was one of the first things Manoj claimed on being brought to CBI HQ and expressed complete surprise and anger as to how CBI could pick him up, despite his close links with the NSA Shri Doval,” Sinha said in his petition.

Sinha has also alleged that Doval interfered in the investigations against CBI special director Rakesh Asthana and even hindered a search to be carried out at Asthana’s residence. He said that at a time when the CBI was to seize Asthana and DSP Devender Kumar’s phones, containing evidence of WhatsApp message exchanged, Doval intervened and ensured that their phones were not seized as evidence.

Sinha alleged that his transfer was “arbitrary, motivated and mala fide, and was made solely with the purpose and intent to victimise the officer as the investigation revealed cogent evidence against certain powerful persons.”

Not just this, Sinha has also alleged that the complainant in the Moin Qureshi case, Sana Sathish Babu, had told him that Union Minister of State for Coal and Mines Haribhai Parthibhai Chaudhari had been paid bribes worth several crores of rupees for alleged help in matters related to the CBI.

“Sometime in first fortnight of June 2018, a few crores of rupees was paid to Shri Haribhai Parthibhai Chaudhary, presently Minister of State for Coal and Mines in Government of India. As per Shri Sana, Shri Haribhai had intervened with the Senior officers of CBI through the office of the Minister of Personnel, Public Grievances and Pension [“MOS (P)”], to whom, apparently, the Director – CBI reports to. The money was paid through one Vipul of Ahmedabad. These facts were disclosed by Sana to me on 20.10.2018 in the forenoon. I immediately reported the matter to the Director and the AD (AK Sharma),” it read.

He also said that Central Vigilance Commissioner KV Chowdhary had met Sana in the Moin Qureshi case and Union Law Secretary Suresh Chandra had contacted him (Sana) on November 11 and had tried to influence him to change his mind.

“Shri Sana spoke to him on Whatsapp on the evening of 08.11.2018. The Union Law Secretary Shri Suresh Chandra said that he was in London for some work related to Nirav Modi case, that he was trying to contact him for last 4/5 days in order to convey message of Cabinet Secretary Shri PK Sinha that the Union Government will offer full protection to him, that there will be a drastic change on Tuesday (13th) and that he (Sana) should meet him (Suresh Chandra) on Wednesday(14th),” the petition said.

Sinha also claimed that NSA had informed Asthana about the FIR and that Asthana had requested NSA that he be not arrested.

When AK Bassi, investigating officer in the case, asked for permission to seize Asthana’s phone and search his residence, he was denied the permission by the CBI director and was told that NSA had not permitted the same.

“Upon being queried, the Director/Petitioner herein replied that he was not getting clearance from the NSA/Shri Doval,” the petition read.

Once again, Doval’s interference was seen when searches at DySP Devender Kumar’s house on October 20 were stopped on his instruction.

Sinha referred to the conversation of Samant Goel, who was being snooped on by the CBI, and claimed that CBI’s top officers were ousted on PMO’s directions.

“On 23.10.2018, the Applicant herein was informed by DIG/DD (SU) that someone spoke to Samant Goel (who was at Chandigarh at that time) and asked to help him to which Samant Goel replied that things have been managed with PMO and everything is fine. The same night the entire investigating team was shifted,” the petition said.