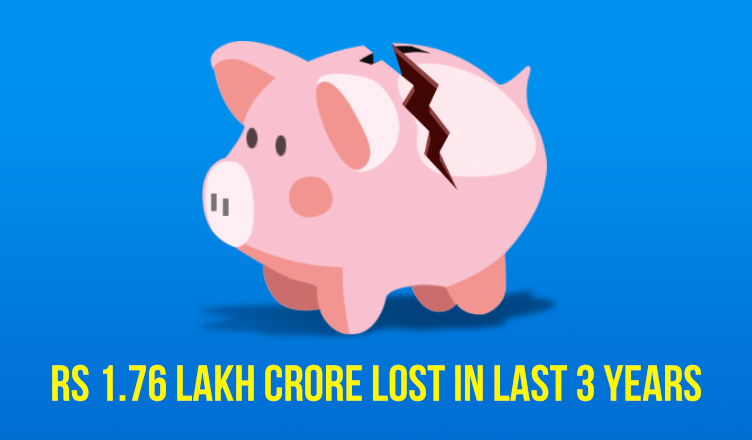 According to data received in response to RTI applications filed by CNN-News18, Indian banking system has lost  Rs 1.76 lakh crore in the last three years. It has happened as a result of writing off non-performing loans of 416 defaulters.

Each of these defaulters owed Rs. 100 crore or more.

A total of Rs 2.17 lakh crore were written off as bad debts by the scheduled commercial banks between 2015 and 2018.