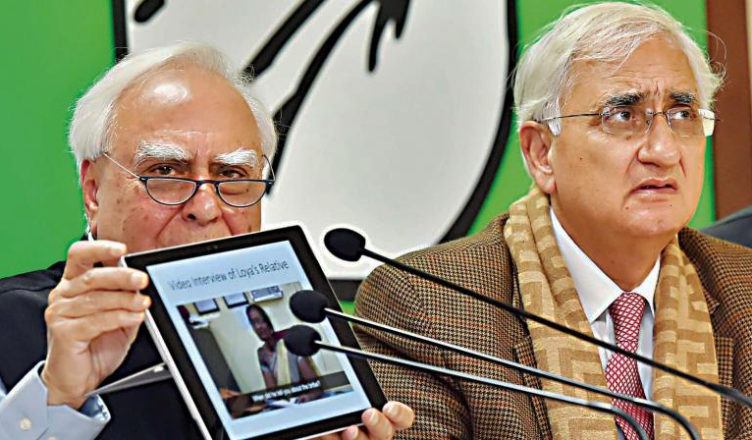 It was not just Judge Loya, judge of the special CBI court hearing the discharge petition of BJP president Amit Shah, but also a retired district judge and a lawyer, both from Nagpur, who also allegedly died under mysterious circumstances.

The revelation was made by the Congress in a press conference held by party leaders Kapil Sibal, Salman Khurshid, Vivek Tankha and Randeep Surjewala yesterday.

Congress also said that an alleged attempt on the life of the only surviving witness, lawyer Satish Uike, was also made, which calls for an independent and impartial probe.

Advocate Satish Uike has also received threats and on June 8, 2016 iron material weighing five thousand Kilograms fell on his office roof, completely destroying the office. He had stepped out of the office barely a minute ago. A complaint was filed at Nagpur but no FIR or investigation has been conducted so far.

The party further opined that the agencies like the CBI and NIA should not be handed over the case, but that there should be a SIT probe into Judge Loya’s death.

Watch the full press conference, which was blacked out by all news channels here: