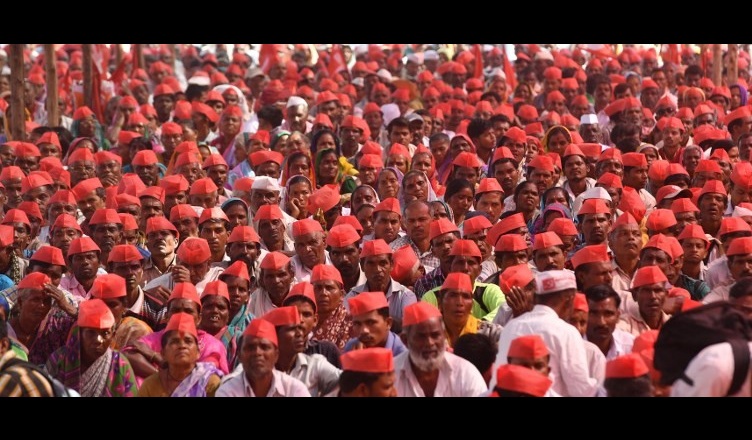 In order to protest against the anti-farmer policies of Narendra Modi-led Bharatiya Janata Party (BJP) government, the farmers of North, Central India famers will be holding a ten-day strike beginning from June 1. Farmers, under the banner of the Kisan Ekta Manch and Rashtriya Kisan Maha Sangh, will not supply vegetables, fruits, milk and other crops to cities for ten days starting from June 1.

The farmers are annoyed with the present government’s apathy towards them and their careless attitude towards addressing their grievances. They have not failed to waive off farmers’ loans but have also failed to bring in pro-farmer policies. The farmers have been demanding a minimum income guarantee scheme, implementation of the Swaminathan Commission report and a waiver of farmers’ debt. These requests have been made by the farmers since a long time but the government has left it unheard till date.

Bhartiya Kisan Union president Balbir Singh Rajewal said that from June 1 till June 10, the farmers from North and Central India will stop supplying vegetables, fruits, milk and other crops to cities. He said the farmers will be on holidays for 10 days.

The final shape to the programme was given in a meeting of the coordination committee of the two farmers’ organisations, which had farmers from states including Gujarat, Haryana, Maharashtra, Punjab and Uttar Pradesh.

Clearly, all the sections of the society, be it farmers or traders, youth or women, are miffed with the Modi government and it looks like they regret their decision of bringing such a government to power, which is regressive in its approach and indifferent towards its people.