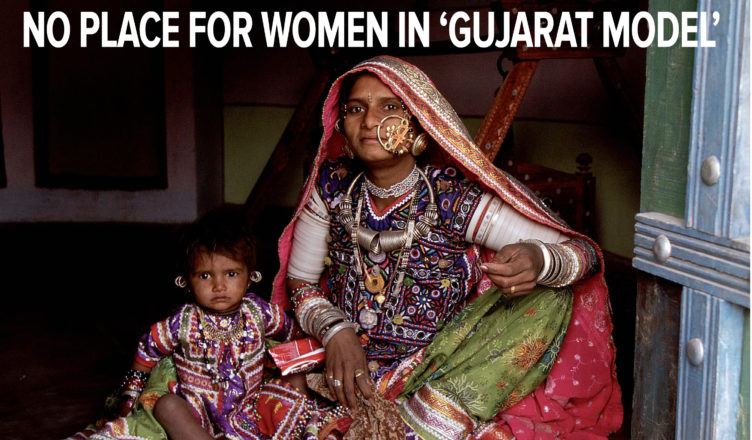 The English manifesto released by the NDA prior to the 2014 Lok Sabha Elections, had a chapter called ‘Women-The Nation Builder’, which read, “BJP recognizes the important role of women in development of the society and growth of the nation, and remains committed to give a high priority to Women’s Empowerment and welfare. BJP ruled states have demonstrated this through various schemes.”

Given that Gujarat is to witness the elections next month, let’s start with the same state.

When it comes to women’s welfare, Gujarat’s performance has been nothing short of abysmal. The recent report by the Comptroller and Auditor General has already illustrated the Gujarat’s woeful record with regard to socio-economic concerns for women and children particularly when it comes to malnutrition, healthcare and maternal mortality.

According to the OECD Economic Survey of India 2015, Gujarat ranked a woeful 17th out of 35 States and Union Territories in the country in female participation in the workforce.

According to this Survey, in the BJP’s ‘Model’ state, only 30% of Gujarat’s women are currently a part of the labour force.

In 2014, another survey ‘Low Female Employment in a period of High Growth: Insights from a Primary Survey in Uttar Pradesh & Gujarat’ had discovered that the number of female workers in Gujarat has steadily declined from 2004.

According to the report, in rural Gujarat, the female work participation rate has rapidly declined from 43% (2005) to 32% in 2010 and further still to 28% in the following year.

Only Congress can bring navsarjan for women in Gujarat.