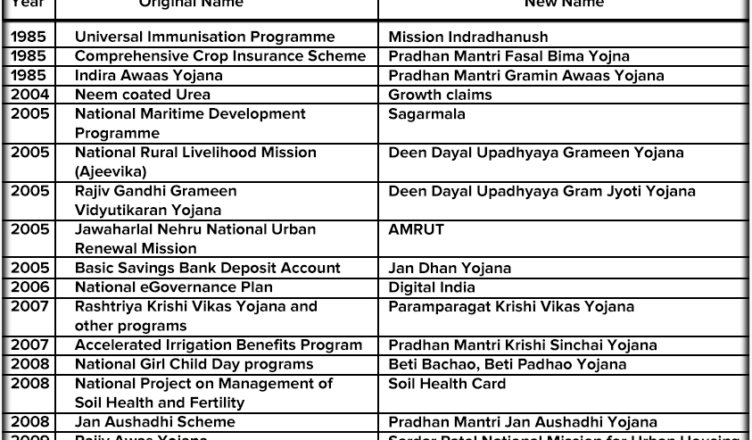 BJP has tried very hard to put forward policies, claiming them to be new and born out of their intellect. However, this is as big a lie as their lies surrounding their blunders such as ill-conceived GST and demonic demonetisation.

The only thing BJP has done has that it has only renamed, repackaged and re-launched UPA Government’s schemes and portrayed them as their own creation.

Well, look at the image below and see if our claims are wrong: 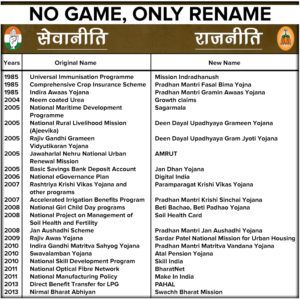