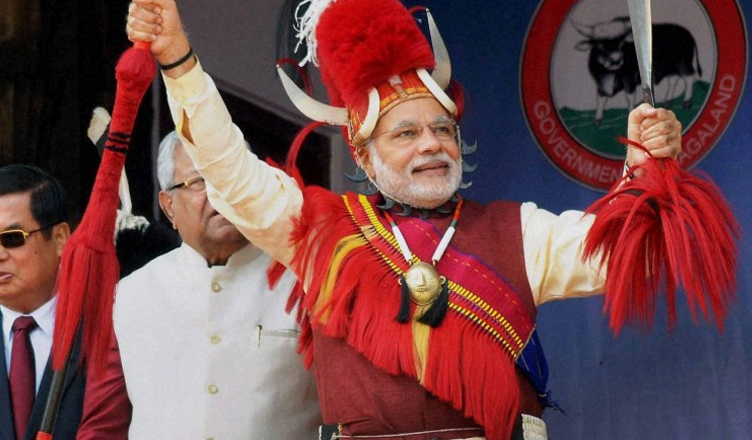 Saheb took a sip, wiped a tear, adjusted his monogrammed suit and continued the drama that he’s been performing for the past four and a half hours. Playing to the gallery he said his lines with confidence:

“No No No Saheb…” interrupted Jet Li, the full time teleprompter and part time minister of fudging.

“It should be, ‘has been or going to be’… that’s what I told the Nyay Murthy.. the jury of this reality show…” prompted the chief fudging minister.

“Damn! I am always confused about the past tense and the present tense”, rued Saheb

“Don’t worry Saheb”, Jet Li reassured the Saheb and told him, “Imagine the audience, which is petrified about their future that is tense!”

Saheb didn’t understand why the audience was worried about their future. He felt that they were too demanding and always ask for cheap diesel. He wondered how was he to bring Vin Diesel to perform this street side Hamlet. Maybe Jet Li, the master of deceit had an idea. And so he turned to Jet Li for advice.

As always, Jet Li had a solution. He called a local drama artiste who was not only a version of Diesel but was/is/will be good at spinning yarns and controversies so that the business of the house is/will never be taken up. And so they call him the Spin Diesel, who was clad in saffron robes. He still is clad in saffron robes. He always shall be. And so Saheb doesn’t have to be confused with the tenses because no matter whether Saheb says, “was, is or will be”, Spin Diesel shall always be in saffron robes. There’s no risk of being incorrect. No jury, no perjury.

The always furious always filibustering Spin Diesel walked in and picked a fight with the jury. He caused them an injury. Jet Li tried to come to his aid and told Diesel that he was the Nyay Murthy.

“No No No, not statue. He deals with statutory matters…”, Jet Li, the only one with two functioning neurons in the drama company tried to explain.

“Shoo…”, Diesel cut him down and said, “Don’t think I don’t know. Statutory means the art of making statues and I have been making so many that one day I dream of making one bigger than Burj Khalifa”.

“Anyway, what is this drama we are performing Saheb?” enquired Spin diesel.

“It’s a tragedy. It is called Hamlet”

And as Diesel gave Jet Li a mouthful, in walked Snoopy, who was the chief snooper of Saheb.

Snoopy the strategist decided to bug the Jury’s office and so he sent the Nyay Murthy on a morning walk. “No jury, no perjury!”, they exclaimed in unison, even as Snoopy bugged the place with the help of a low level sidekick.

“Who’s this sidekick with you?” asked Diesel, who increasingly began hogging the limelight from Saheb. “Does he big offices?”

“No, he does not. This fellow just bugs people. And his name is Bagga. Bagga the bugger. I got him along because he is on a fast. And I thought since you are furious, he should be with you. You can both be Fast and Furious…” Snoopy mumbled his nonsensical strategy as he bugged the office. Meanwhile Bagga the Bugger bugged the bugs in the room.

Just as they were done, Diesel said the name of Hamlet has to be changed. He said in order to avoid riots he would add a dash of spurious spirituality to it. And so he removed Ham from Hamlet and replaced it with Om.

As the audience scrambled for a streak of sanity Hamlet became Omelet. Diesel even promised that he would build the Burj Khalifa in India. When he was informed by Jet Li that it was already built, he snapped and informed him that it was in the past tense. He said he is going to build—future tense. And since Hamlet has become Omelet, he will change the name from Burj Khalifa to Burji Pilaf.

Saheb protested that even omelet and burji are taboo. Diesel argued that that makes it inedible for all and thus it would never diminish. So it will last forever. That’s the future Diesel said.

“And what about me? I am not good with future tense….” rued Saheb.

“Saheb, is always in the past tense. Saheb is a has been…your times up” hissed the combusting Diesel.

Though the Nyay Murthy did not return from his morning walk, the drama company continued performing one tragedy after another. Whenever anyone pointed out to the absence of the Nyay Murthy, they just screamed, “No Jury, No Perjury”.