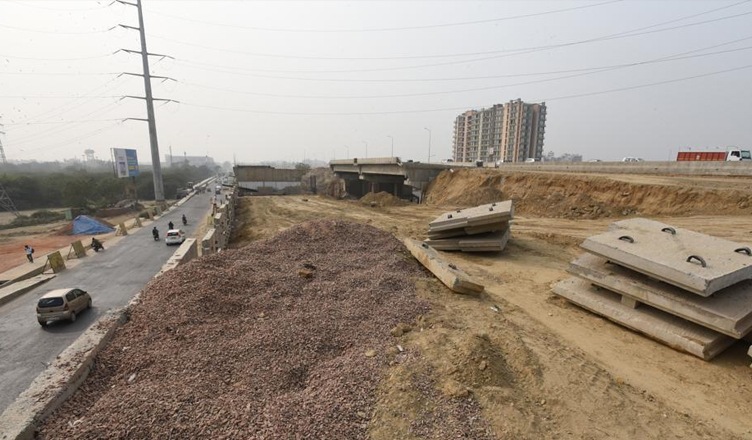 The second phase of the NH-24 widening project, which stretches from UP Gate till Dasna in Ghaziabad, doesn’t seem to be completed any sooner as two hurdles have cropped up delaying its completion. The targeted date of completion of the project is March 2019, but with the recent two hurdles, it doesn’t seem to be completed within the stipulated time.

According to the agency handling this project, National Highways Authority of India (NHAI), the hurdles that have been seen are due to the delay in inter-departmental clearance.

The first problem encountered is the replacement of Ganga jal pipelines along the highway which are to be funded and undertaken by Noida Authority and UP Housing and Development Board. Readymade steel pipes have to be replaced for carrying out widening work.

Also read: Delhi-Meerut Expressway, inaugurated by Modi, has a long way to go

Modi inaugurated the first phase of the project last month, which was marked by a choreographed road show.

Well, we would like to bring some more information to your notice. According to project director at the National Highways Authority of India (NHAI) R.P. Singh, only 31 percent of the 82-km expressway has been constructed to date, out of which, only 8.36 km (which is phase I) is operational. So, technically, Modi only inaugurated the first phase of the Delhi-Meerut Expressway, which is only 31 percent, whereas the 69 percent of it is still to be constructed.