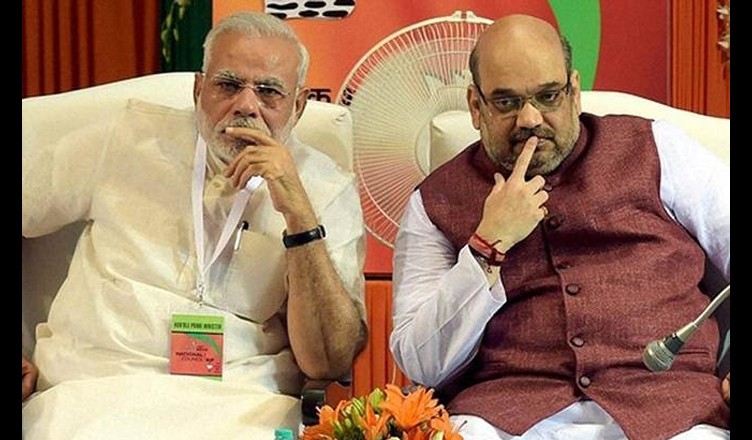 Expressing concern over the rift witnessed between BJP and its allies, the RSS had advised the BJP to keep its flock together. “Bhajapa ke liye chinta ki baat hai uske saathiyo ka roothna chitakana (It is worrisome that the BJP’s friends are upset and snapping ties with it)”, says an editorial in the magazine.

BJP’s alliance with the Telugu Desam Party (TDP) was already broken in March this year, with its chief and Andhra Pradesh Chief Minister Chandrababu Naidu alleging the Centre of not extending adequate support to his state.

Its ally in Maharashtra, Shiv Sena has been in an on-off relationship with the BJP. It has often been seen criticising the saffron party and has also threatened to quit the alliance. The bitterness grew more after the BJP candidate defeated the Shiv Sena candidate to retain Maharashtra’s Palghar Lok Sabha seat.

Also read: BJP exhibition for World Environment Day was bad for the environment

Apparently, its ally in Punjab Shiromani Akali Dal (SAD) is also unhappy with BJP. Amit Shah is expected to meet the leaders of its warring ally today.

Also, apparently, the meeting with Shiv Sena did not lead to any fruitful results. Shiv Sena’s Sanjay Raut said that his party had passed a resolution to contest future elections alone and that there would be no change in that resolution.

The crack between the BJP and its allies comes at a time when the when the regional parties are coming together to present a united opposition in the 2019 Lok Sabha polls. Tough days have started for BJP and their end is nearing.