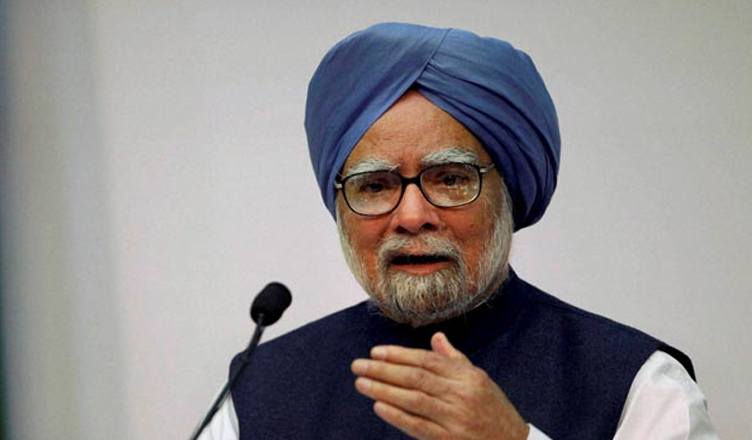 Former prime minister Manmohan Singh on Monday expressed his disappointment over PM Modi’s slanderous statements made against the Opposition and its leaders. “No Prime Minister in our country has used the Office of the Prime Minister to say things about opponents that Modi has been doing day in and day out. It doesn’t behove a Prime Minister to stoop so low and it is not good for the country as a whole as well,” he said.

He slammed the Narendra Modi-led government over its “disastrous policies” and economic mismanagement and hoped that the Prime Minister would learn some development lessons from Karnataka Chief Minister Siddaramiah government. Singh accused the BJP of “peddling conspiracy theories” instead of adopting “prompt corrective measure”.

Singh opined that the policies of the Modi government, which claimed to be good, resulted in massive losses for the country. “The economic mismanagement of the Modi govt is slowly eroding the trust of the general public in the banking sector,” Singh said while addressing the media in the Karnataka Congress headquarters in Bengaluru.

Hitting out at PM Modi’s two blunders of demonetisation and Goods and Services Tax (GST), the former prime minister talked about how the two affected the economy and business sector. “Two major avoidable blunders of the Modi government have been demonetisation and hasty implementation of GST. The losses the economy suffered due to these blunders have severely hurt our Micro Small and Medium Enterprise sector and have resulted in the loss of tens of thousands of jobs,” he said.

Manmohan Singh did not mince his words when he talked about the continuous rise in petrol prices and said that the present dispensation had punished the people by levying excessive taxes on fuel. “Petrol and diesel prices are at a historic high. This is in spite of lower international crude oil prices because the Modi Government chooses to levy excessive excise taxes. Instead of passing on the benefits of low prices to the people, the Modi government has punished the people,” Singh said. “They have failed to capitalise the favourable global economic climate and could not use the low oil prices to our advantage. It is an opportunity lost,” he added.

He stressed on the fact that all the crises prevalent under the Modi government were totally avoidable, had the government acted responsibly. “Our farmers are facing an acute crisis, our aspirational youth are not finding opportunities, and the economy is growing below its potential. The unfortunate truth is that each of these crises was entirely avoidable,” the former PM said.

He asserted that the growth, as claimed by the BJP to be higher currently, was far more during the UPA regime.

Praising Bengaluru, Singh said that the label of the “Most Dynamic City” of the world is rightly used for the city, which is cradle of science, IT and innovation. Speaking highly of Karnataka CM Siddaramaiah, Singh said, “Siddaramaiah has provided a dynamic and progressive leadership to Karnataka. He has dealt with the draught effectively and provided timely assistance to farmers”. He further said that the Siddaramaiah government’s support for industry has made Karnataka the highest in translating investment intentions into reality, more than Gujarat or any other state.