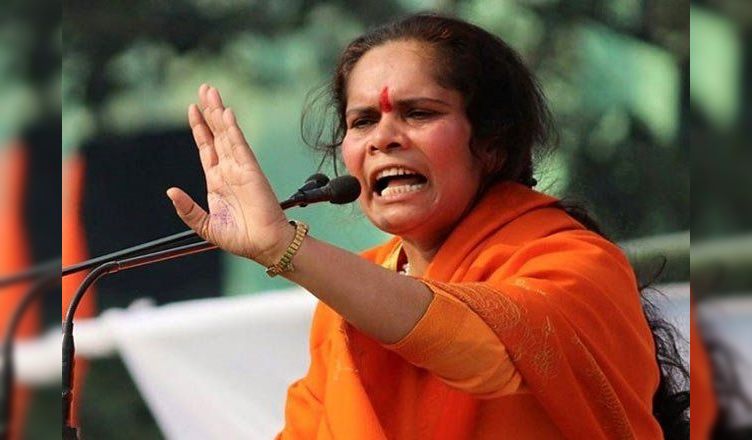 Vishva Hindu Parishad (VHP) leader Sadhvi Prachi has managed to stir a controversy again, with her statement that Muslim women should marry Hindus in order to protect themselves from halala and triple talaq, as reported by the Times of India.

Speaking to the media in Mathura on July 31, the fireband Hindu leader advised Muslim women to get married into Hindu community and live a life of respect.

She also appealed to those Muslim women, who have been given triple talaq, to join Hindu religion, which would act as a “slap on the face” of those who threaten women of issuing fatwa against them.

The controversial leader did not stop here. She went on further by requesting Uttar Pradesh Chief Minister Yogi Adityanath to ensure that loud speakers in mosques be switched off during the Kanwar Yatra processions in UP.

The controversial leader is known for making insensitive statements.

In the past also, she has made so many contentious statements.

She tagged Bollywood actor Shah Rukh Khan as a ‘Pakistani agent’ and suggested he goes there only.

“It’s a big misfortune that in the Indian Parliament, we have one-two terrorists sitting there,” she said in another instance.

“Why are Hindu devotees always under threat during pilgrimages, be it in Amarnath, Vaishno Devi or Puri’s Jagannath Temple? If such attacks happen, I tell you, the Haj yatris will face consequences,” she was seen saying on another occasion.

“Those who do not chant ‘Bharat Mata ki Jai’, ‘Vande Mataram’, insult the national flag and those who indulge in cow slaughter have no right to live in India,” another controversial statement made by the fireband Hindu leader.

Justifying the heinous Dadri lynching, where 65-year-old Mohammad Akhlaq was lynched by a mob on suspicion of storing beef in his house, Prachi said those who consume such beef deserved such actions against them.